Down to a Science Book Club: Archaeology from Space 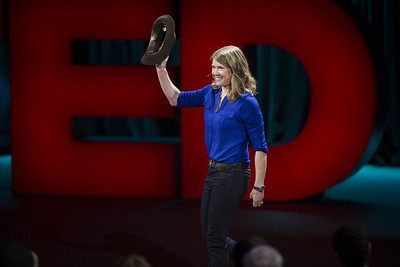 If you’ve ever played with Google Earth, you can almost call yourself a space archaeologist.

This is a fairly new and totally real career, Sarah Parcak explains in her book Archaeology from Space: How the Future Shapes Our Past. She describes how the “story of everyday past people across the globe, is only now better understood thanks to applying new scientific methods to archaeology. No less than remote sensing, archaeological science was itself new in the 1960s. Now, we can examine past diseases using DNA and bone analyses, and we can learn what people ate through chemical residues on utensils and pots. Innovations in archaeological dating bring a clearer view of chronology.”

Yes, sometimes this means using Bing or Google Earth to peruse areas of interest. From there, archaeologists can narrow their searches from dozens of potential sites to a handful, and then switch to more powerful and expensive tools to examine what remains promising.

In this, Parcak tells one of her favorite stories about LIDAR as it was used to learn about the Caracol, an ancient Maya site in what is now known as Belize. LIDAR was used to “collect the point cloud data, or hundreds of thousands of points from the top of the vegetation down to the forest floor, in a large area surrounding the site.”

What happened next? The author explains that “In a single night, the entire field of Mesoamerican archaeology changed permanently: Arlen [an archaeologist] had found more ancient sites than he had in 30 years of combing the jungle. Today, he can find 500 new Maya features before lunch from his desk in Las Vegas.”

Technology such as LIDAR is not endangering the jobs of archaeologists on the ground, however. The use of satellite technology informs them where to head with their trowels. As Parcak explains, “We can see neither potsherds nor individual occupation levels on satellite imagery. But we can see walls, entire buildings, geoglyphs like the Nazca lines, vanished landscapes, and relationships between site and site, and between site and landscape, in ways we could not 40 years ago, in places we would never have thought to check.”

To put it another way, “Satellites and aerial data can see only so much, and they still require testing on the ground: we can guess from space, but we cannot know what is beneath the pixels.”

But what is the purpose of this testing? It’s not, as Indiana Jones tells us, fortune and glory. And it’s not gathering data for data’s sake.

Archaeology is a type of time travel.

Reminiscing about her first excavation, a vessel in Egypt, Parcak writes, “More than just an object, I had a possible story. Perhaps relatives of the deceased had brought the jar to the cemetery. […] Looking closer, while brushing the pot for an official photograph, I saw something near its mouth: a fingerprint, from the potter who made it 4,200 years ago.”

“In my imagination,” she writes, “the gulf of time separating us compressed.”

If in this book the author emphasizes any one idea in particular, it is that archaeology is about people and stories, not objects. Those objects are remnants of cultures and require context.

“Stories, not things, lie in disjointed sentences below the ground, and it is the job of archaeologists to coax them out and weave them into prose,” Parcak writes. “But when facing a featureless sea of brown silt, or modern fields, or a mound beneath a dense rainforest, the challenge is where to begin. This is the exact question space archaeology has evolved to answer. On most excavated archaeological sites, few hints exist above ground of what features may be hidden below.”

The speed of discovery that space archaeology enables matters. Throughout the book, Parcak informs about the various forces that endanger archaeological sites, including deforestation and looting. Being able to locate and investigate sites before they are lost forever is crucial

This is an easy read for adults. No prior knowledge of jargon or technical terms is required. Parcak seems to write this for someone on the cusp of exploring a new career and walks the reader through how to get started down that path. For the general audience, it may be eye-opening how many varieties of archaeologists there are and even what happens during digs. She is refreshingly open about some of the goofs she has made in her own work.

Want to learn more about how explorers and archaeologists have revealed Maya cities? Maya: Hidden Worlds Revealed will be on view at the Connecticut Science Center from March 7, 2020 through September 6, 2020.

Kerri Provost is a Communications Research Associate at the Connecticut Science Center who is outdoors whenever possible and is currently attempting to walk every block of Hartford. To find shortcuts, she routinely uses Google Earth. She is the co-producer of Going/Steady, a podcast about exploring in the Land of Steady Habits and beyond.