Maya Architecture is thought of as towering pyramids and detailed palaces. However, these pyramids look different than the typical pyramids we think about in Egypt.  Maya pyramids have steps built into the external structure so the buildings can be climbed from the outside. The design of these buildings were inspired by other Mesoamerican cultures such as the Olmec, who lived along the Gulf Coast of the modern day Mexico states of Tabasco and Veracruz. Influence also came from the Teotihuacan civilization, located 30 miles away from what is now Mexico City. The Maya incorporated elements of their architectural style into their buildings and lifestyle.

While the design of the pyramids varied between the various regions of Mesoamerica, the location design remains the same throughout the entire Maya Civilization. Let’s take a look at the distinct characteristics of a Maya Community so we can understand what makes their architecture unique, yet practical for people who used to inhabit these villages.

The Maya designed their cities with buildings clustered around a central plaza. While the plazas may look disorderly and jammed into the mountains, the Maya purposely built their homes into the side of the mountains to aid in irrigation during the rainy seasons.

In the center of the Maya cities, larger pyramids were built for palaces, temples, ball court arenas, and other public buildings. Stone walkways led away from the center plazas to residential Maya homes. Later on, the buildings were built higher up the mountains to protect homes and buildings during battles with neighboring Maya cities. 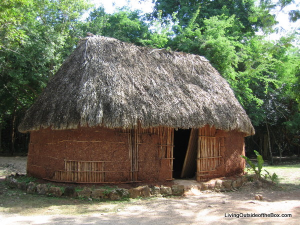 In Maya city planning, the leaders of the civilization were housed together in public buildings within the city center as a mode of protection in case the city was attacked by another civilization nearby. Moving away from the central plaza were smaller residential homes where the common Maya lived. The residential homes were also clustered together and very modest. Many Maya citizens still construct their homes the same way as their ancestors did.

To construct their homes, the Maya people would build on a mound of earth and use wooden poles with thatch as covering. Unfortunately, these homes would eventually rot away because they were placed lower than the main plaza making them more inclined to flooding and damage. Once the residential homes were destroyed the citizens moved to a different location and rebuilt the homes again. 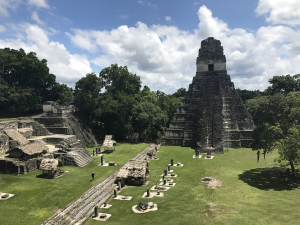 Maya leaders were housed in these public buildings in the center plazas to provide protection to the civilizations rulers should there be an attack on the city from neighboring tribes. The public buildings in the center of the cities were large sturdy stone palaces and temples. The city centers were the heartbeat epicenter of the Maya civilization, rituals, festivals, and other special events. The Maya civilians lived in the temporary homes that would be rebuilt every year as the rain would eventually rot away their previous home materials.

The biggest of the structures within the Maya civilization and the most imposing and daunting when you see them up close, as I had during my trip to the ruins of Tulum in Cozumel, Mexico. The Maya temples were built out of stone and had large staircases leading to the top of the temple pyramids. The Dreamworks movie, “Road to El Dorado” shows how exhausting it can be for people who are not used to climbing the large staircases to make it all the way to the top of these great pyramids.

The temples were also constructed based on the alignment of the sun, moon, and stars. During the summer and winter solstice, when the sun rises it shines through the opening of the top of the center temple. This was  a symbol of the beginning or end of the harvest season. Several pagan groups have made pilgrimage to the ruins of the various Maya temples to watch the sunrise through the central temple during the equinoxes and solstices. In addition to marking the harvest season, the temples were used for ritual sacrifice and engraved with carvings of the various rituals and rulers. 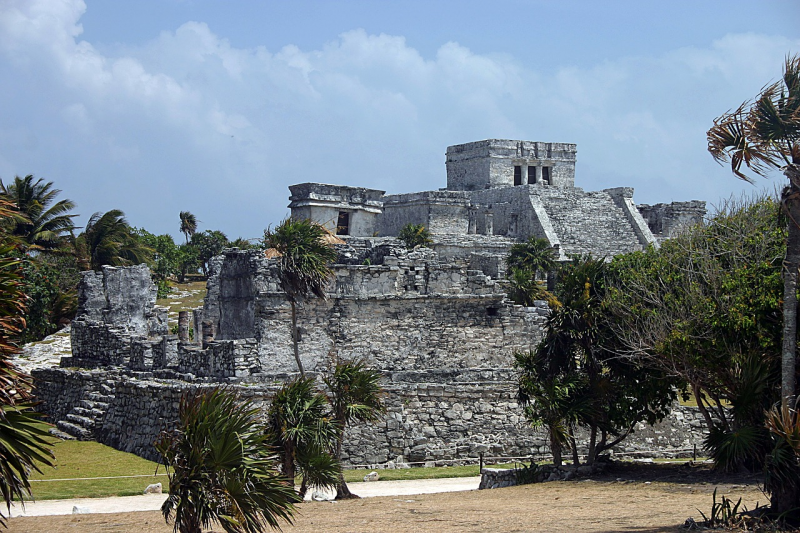 The palaces were just as large as the temples, these multi-storied structures were home to the Kings and the royal families. The palaces were made of stone and wood with thatching on top, they were spacious and some even contained court yards. Researchers believe that these places were used as administrative parliament buildings to conduct business about agriculture, trade, and tributes. The King would not just interact with nobility or diplomats but with the commoners as well within the palace, at  feasts, dances, and other social events were held there. 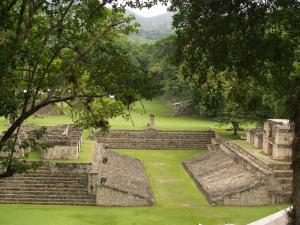 The ball court was rectangular with sloping stone side walls with an affixed stone hoop. The game was played for both ceremonial purposes as well as for fun. Nobility and commoners would play the game together and the losing players were often sacrificed. The game was a re-enactment of their battles and sometimes prisoners were forced to play the game against the victors of the battle. The ball court also doubled as a spot to host important ceremonies and events as well.

You can watch the ball game being played in the movie “Road to El Dorado,” when Megel and Tulio who are falsely portraying Maya Gods take on El Dorado’s toughest players and become victorious in the game they’ve never played before, of course thanks to their armadillo sidekick. 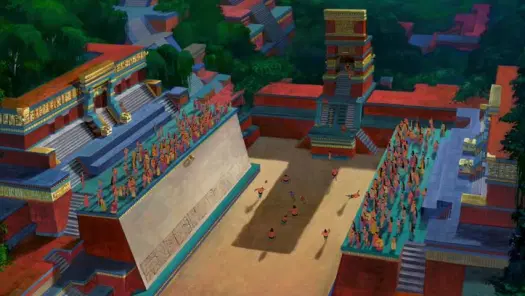 Not to be compared to the stone mansions of the Andes, the Maya architecture has withstood the test of time and abuse. Before they were protected for archaeological significance, ruin sites such as Tikal, Palenque, and Chichen Itza saw centuries of abandonment, many tourists climbed all over them, and bricks were taken for new modern building projects.

Thanks to ground penetrating radar known as LiDAR technology, archaeologists are able to find what remains through the dense jungle coverage to help with their continuing research on the Maya culture. Luckily for researchers, the Maya were a literate culture. Even though only a few written accounts remain, scientists use them as well as the carvings on the various temples and palaces to understand what was truly important to the Maya civilization. 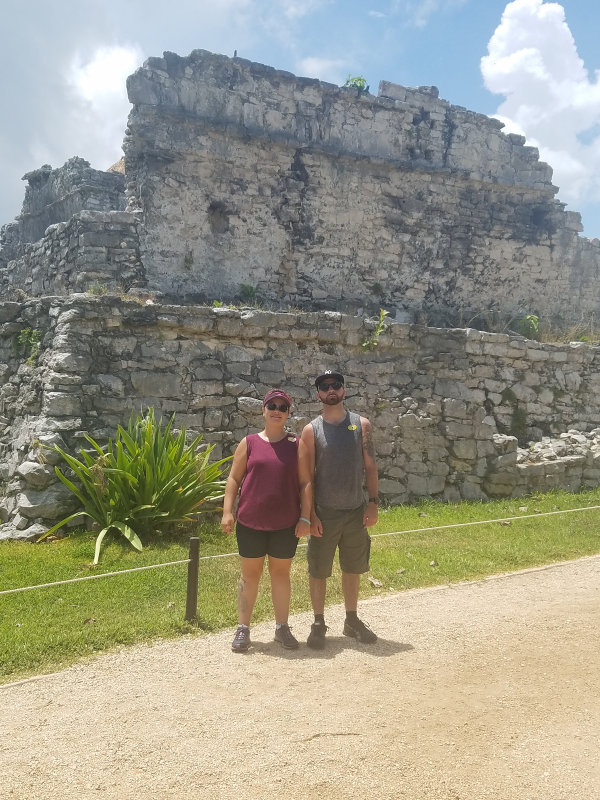 My Brother (Nick) and I at the Maya ruins at Tulum in Cozumel, Mexico