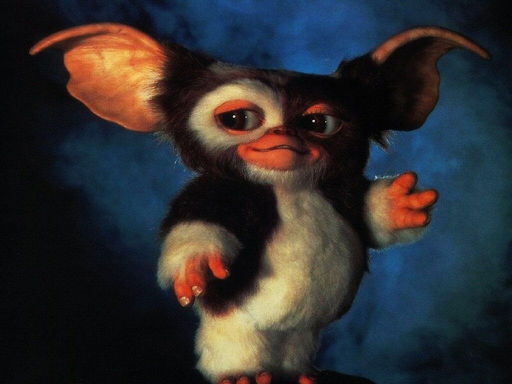 The rules of the mogwai have become as much a part of my Christmas tradition as Nakatomi Plaza and The Wet Bandits. Don’t get them wet, Don’t expose them to bright light, and most importantly Don’t feed them after midnight. Something about those rules stuck with me, and this holiday season we will break down them down by looking at creatures’ characteristics found in the animal kingdom.

Gremlins opens with Randall Peltzer wandering the streets of Chinatown hawking the latest of his inventions: the Bathroom Buddy. Randall happens upon an antique shop where he begins to pitch his contraption to the owner, Mr. Wing. The elderly shopkeeper is unimpressed with the malfunctioning mechanism before Randall himself is distracted by a strange purring from the back of the shop. There he discovers a captivating caged creature which he is determined to purchase. Mr. Wing insists that it is not for sale arguing that “with mogwai comes great responsibility.” Mr. Wing’s Grandson betrays him, however, and sells the mogwai in a back alley deal to Randall who in turn gives the fluffy little monster he calls “Gizmo” to his son Billy.

Randall is only reminded of the strange rules Mr. Wing’s grandson laid out for the Mogwai after Mrs. Peltzer blinds Gizmo with a camera flash, sending the creature spiraling to the ground. He explains the first of these to Billy and his wife “Ya know, there’s some things i forgot to tell you guys, and they’re really important. Number one: he hates bright lights. We know that. But you gotta keep him outta the sunlight. Sunlight’ll Kill him.”

Gizmo is repeatedly subjected to his greatest weakness throughout the course of the film. Gremlins suffer from extreme photosensitivity as we’ve seen Gizmo spiraling to the ground when he is flashed with bright lights. This is bad enough but, as Randall Peltzer explained, sunlight will kill the little mogwai. Although most animals will not explode into gelatinous goop when the sun comes up we can find a number nocturnal animals who avoid sunlight as a means of survival. Nocturnal wildlife can be just as diverse when the sun goes down as it is in the day time. Bats and owls take flight into the night as coyotes and cougars leave their dens to prowl the twilight. Australia’s endangered bilby, a small  marsupial with big ears, however, may have more than just appearance in common with gremlins. 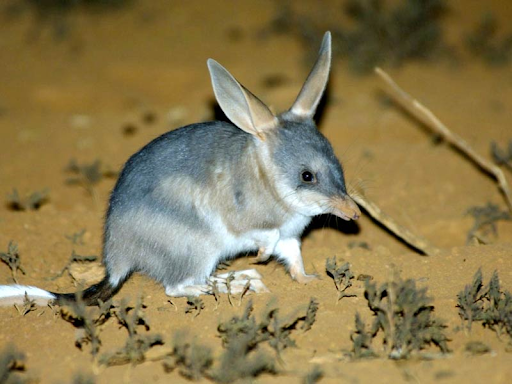 Bilbies hide from the blistering desert sun all day in a series of burrows. When bilbies come out at night it is to begin the hunt for seeds, fruits, insects, and smaller animals. Their very specific diet brings us to the second rule Randall Peltzer passes on to Billy; “Number two: keep him away from water. Don’t  give him any water to drink, and whatever you do don’t give him a bath.” Bilbies belong to the incredibly small collection of animals who do not need water. Along with koalas and kangaroo rats, bilbies acquire most of the water they need through their food. By observing animals who do not drink water it can be hypothesized that gremlins also hydrate through their food. This is difficult to pinpoint, however, as we consistently see Gizmo and his dastardly descendants munching on salty snacks.

When Billie’s neighbor accidentally splashes Gizmo with a glass of water we discover that gremlins are a bit more hydrophobic than the average bilby. Gizmo writhes in pain as a squad of sticky slimy gremlins burst from his back revealing an incredible and instantaneous reproductive cycle in the form of budding. Not to be beaten by a Hollywood pet, bilbies have one of the shortest reproductive cycles of all mammals with just a 14-day gestation period.

Our final rule is delivered almost sinisterly: “And probably the most important thing, don’t ever feed him after midnight.” Here our similarities with bilbies comes to an unfortunate end. Bilbies prefer to eat late into the evening. After the sun sets and the temperature comes down bilbies can leave the safety of their burrows to seek out their food. This is the case for most nocturnal animals. Unfortunately, gremlins are not most animals and this last rule is broken when Gizmo’s malicious brood sabotage his clock resulting in a late night plate of chicken and an early morning surprise. The mogwai have cocooned themselves in slimy shells as they undergo metamorphosis, like butterflies. But evil.

The quiet town of Kingston Falls (also known as Hill Valley) is plunged into Christmas chaos when the mogwai’s metamorphosis is complete. The gremlins emerge from their cocoons as scaled creature commandos, intent on mayhem and destruction. Gone are the cute fluffy pets; they now bare razor sharp teeth and claws to go with their newfound predilection for knives and explosives. The madness has already gotten out of hand by the time Billy returns to the Peltzer family home where his mother has begun a one woman war on weirdness. 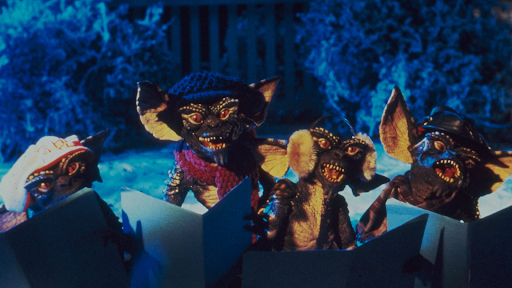 As the film progresses into its second half, Kingston Falls is fully overrun with gremlins bent on self-replication. The police force will refuse to acknowledge the impending disaster and Billy and Gizmo will be left on his own to handle a dangerous invasive species outbreak.

This Christmas, when you inevitably find you and your family cornered by masterfully puppeted monsters, consider the traits they may share with the animals you know. Who knows? It may even help you survive the holidays.