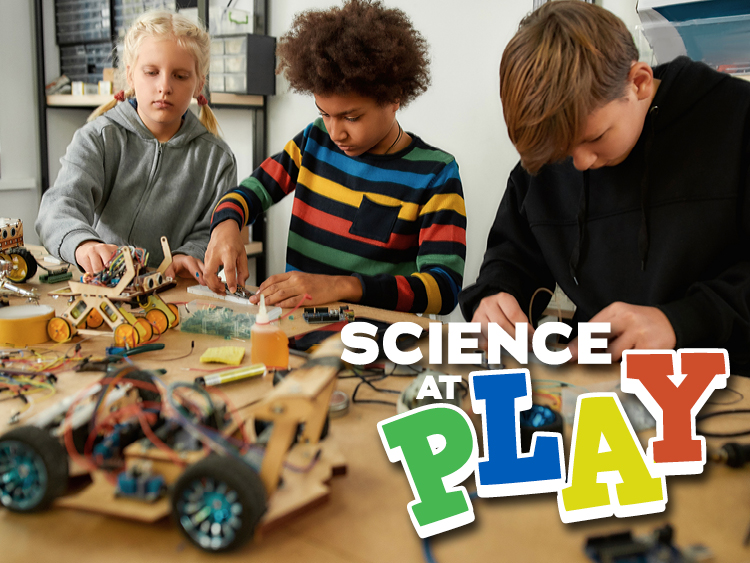 Inflate a balloon. Rub it back and forth over your hair vigorously. See if your hair sticks to the balloon as you pull it away. Try sticking the balloon to a wall or ceiling.

Next, take a length of PVC pipe. Quickly rub the cloth back and forth along the length a few times. Lay your soda can on its side and put the PVC pipe next to the soda can without touching it. Does the soda can move towards the pipe? Try moving the pipe away from the can to get the can to follow the pipe. Can you pick up pieces of paper towel or tissue paper with the pipe?

When we talk about static electricity, we generally mean an imbalance between negative and positive charges in objects. Electric charge is a fundamental property of matter. Nearly all electric charge in the universe is carried by protons and electrons. Protons are said to have a charge of +1 electron unit, while electrons have a charge of −1, although these signs are completely arbitrary. Because protons are generally confined to the nucleus, which are embedded inside atoms, they are not nearly as free to move as electrons. Therefore, when we talk about electric current, we nearly always mean the flow of electrons.

When two objects are rubbed together to create static electricity, one object gives up electrons and becomes more positively charged while the other material collects electrons and becomes more negatively charged. This is because one material has weakly bound electrons, and the other has room to pick up more electrons, so the electrons can move from one to the other, creating a charge imbalance after the materials are separated. Materials that can lose or gain electrons in this way are called triboelectric. One common example of this would be shuffling your feet across carpet, particularly in low humidity which makes the air less conductive and increases the effect.

Because like charges repel each other, they tend to migrate to the extremities of the charged object in order to get away from each other. This is what causes your hair to stand on end when your body takes on a static charge. When you then touch a grounded piece of metal such as a screw on a light switch plate, this provides a path to ground for the charge that has built up in your body. This sudden discharge creates a visible and audible spark through the air between your finger and the screw. This is due to the high potential difference between your body and the ground which can be as much as 25,000 volts!

We want to see what you try at home. Share your creation with us on social media by using the #ScienceAtPlay and tagging @CTScienceCenter. 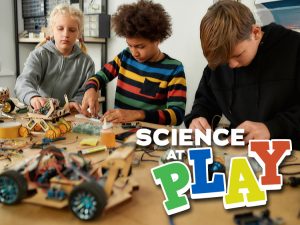 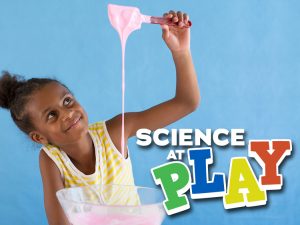