Since 2500 BC, the Maya have grown and cultivated crops like maize (corn), squash, beans, tobacco, and cocoa, settling into an agricultural lifestyle quite different from their previously nomadic ways. They used astronomy to work the seasons to their advantage and determine the best months to plant and harvest their crops. Maya farmers harnessed rainwater through irrigation channels and used the slash-and-burn technique to clear the dense jungle. They were able to have multiple planting locations and soil erosion by cycling through their various fields to access the most fertile soil for each harvest season.

As the Maya continued to settle into their agricultural lifestyle, their religion and spiritual beliefs started to emerge. Their staple crop, maize, grew into a deity representation that formed the Maya Creation Story. Let’s take a look at the plants that provided sustenance physically and spiritually, and gain a better understanding of why Maya descendants are still practicing these harvesting techniques.

Maize was a staple for the Maya and used as an ingredient in many foods. They prepared gruel by boiling corn with lime and mixing it with chile pepper and used corn in tortillas and bread. The Maya also enjoyed Tamales, which are still prevalent in Mesoamerican countries today, and made them by stuffing different kinds of meat and beans into corn husks.

During times of drought, the Maya performed rituals praying to the “Maize God” for more rain to ensure the survival of their crops. Their descendants continued to share stories of these challenging times with future generations. In addition to maize, the Maya also planted a variety of beans, squash, chile peppers, and sweet manioc. It’s only due to maize’s religious significance in the Maya culture that we discuss it more frequently than the others. In a similar boat is cacao, which was also incredibly significant to Maya culture. 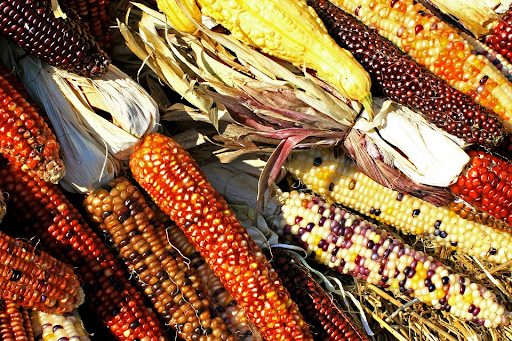 Just as we enjoy a sweet treat after a meal, the Maya also liked to end their meals with a delicious cacao drink, or as we call it, chocolate. The Maya transformed cacao by harvesting the seeds or beans from trees, roasting them and removing their shells, and grinding them into a paste, a practice which continues today for Maya descendants.

Even though cacao was a treat mainly consumed by Maya royalty and priests, most citizens enjoyed it on special occasions. Maya priests drank it in place of blood during religious rituals, as it was known as the food of the gods. Cacao was revered within the Maya Civilization and often depicted in various paintings and artwork. The Maya buried their royalty with cacao beans as an offering to the Gods on their passage to Xibalba. 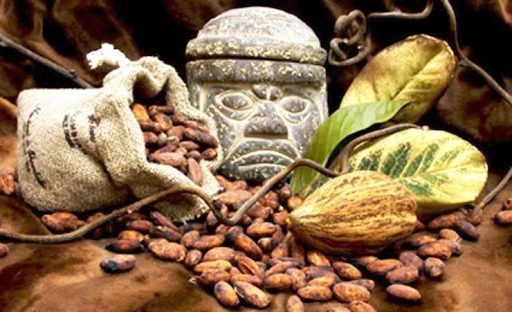 While we do not recommend tobacco use these days, since years of research have found them to be more harmful than beneficial, the Maya saw it as an all-purpose remedy for various diseases. Maya nurses and midwives wore tobacco gourds as a badge, and they believed tobacco talismans warded off evil. They thought this crop had mystical powers and burned it as an offering to the gods, often using it during spiritual rituals to induce trances.  Like cacao, these crops were used during ceremonies to help communicate with the gods. 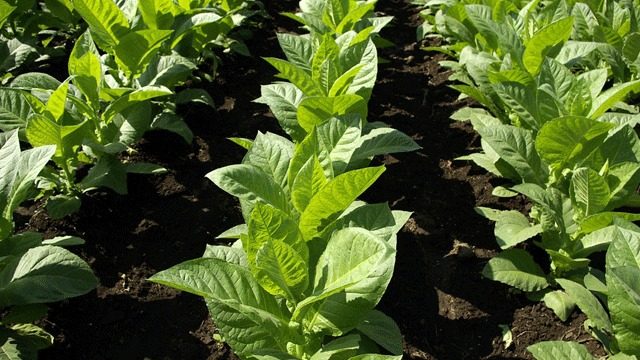 While these three crops have a significant cultural connection to the Maya way of life, not only from the past but also for today’s descendants, we should also keep in mind that other crops–squash, beans, peppers, and more–were essential to the Maya harvest. A combination of all plants helped maize, cacao, and tobacco become central to rituals involving harvest, death, sickness, even pregnancy. It’s interesting to learn how these crops are used and appreciated by the Maya, especially when we take them for granted as merely a food source.

Immerse yourself in the world of the ancient Maya and explore one of the world’s most complex and advanced civilizations. Reserve your timed ticket in advance of your visit on CTScienceCenter.org.