The Connecticut Science Center announced exciting plans for a major expansion of public offerings, enhanced programs, and student learning opportunities to profoundly change the way learners of all ages approach science, technology, engineering, and math (STEM) learning experiences. The new offerings will enhance every floor of the Science Center, transforming the visitor experience from the moment of entry and through each exhibition gallery of Connecticut’s foremost informal STEM learning destination. These enhancements will appeal to all visitors while supporting teachers’ classroom work with materials and hands-on experiences that will bring science concepts to life.

The initiative, named Science Forward, will include exhibit additions and augmentations, as well as adaptable classroom and laboratory venues to meet the growing statewide demand for accessible STEM learning spaces. Rolling out over the next five years, this work will be keyed to science curriculum needs and the state’s future economic and workforce requirements while also adding value to one of Connecticut’s leading tourism destinations. An ambitious agenda of educational programs for schools and teachers complement the exhibit additions, including work by a team of STEM professionals and educators at the Science Center’s Mandell Academy for Teachers working closely with the State Department of Education to train teachers, readying them to incorporate the new Next Generation Science Standards (NGSS) into their everyday curricula and teaching practices; and Science Center staff developing tools for educators to use in their classrooms to highlight curriculum ties to Science Forward offerings that will enrich field trip experiences. All of this work will support NGSS and reinforce the role of science and technology in everyday life.

Beginning in 2017, a re-imagined Science Alley, the Science Center’s main atrium, will showcase the range of scientific exploration from the deep sea to outer space, which will capture the imagination of visitors with the breadth of scientific discovery. Soon after additional new spaces to open will include Butterfly Encounter, an all-season butterfly conservatory; an expanded Engineering Lab presenting hands-on activities and maker tasks as well as spaces for creative investigation and engineering design; a new Earth and Human Impact exhibition examining the way that humanity and our planet work in concert and in conflict; a new DNA and Genomic Sciences gallery featuring exhibits on crime scene investigation, heredity, and genomic medicine as well as a cutting-edge genomics lab; and a focused effort on increasing access to the Science Center by reducing financial barriers for student and family visitors while providing increased focus on populations where STEM professionals are underrepresented.

“The Connecticut Science Center is playing a pivotal role in changing the way science is taught, how students are learning, and helping teachers incorporate the Next Generation Science Standards into the classroom,” said Commissioner of Education Dianna R. Wentzell. “The shared public and private investment that created the Science Center gave our state and its children a tremendous opportunity to reinvigorate interest in science and advance science instruction and learning, and we are so pleased to see that shared commitment continue in this way.” 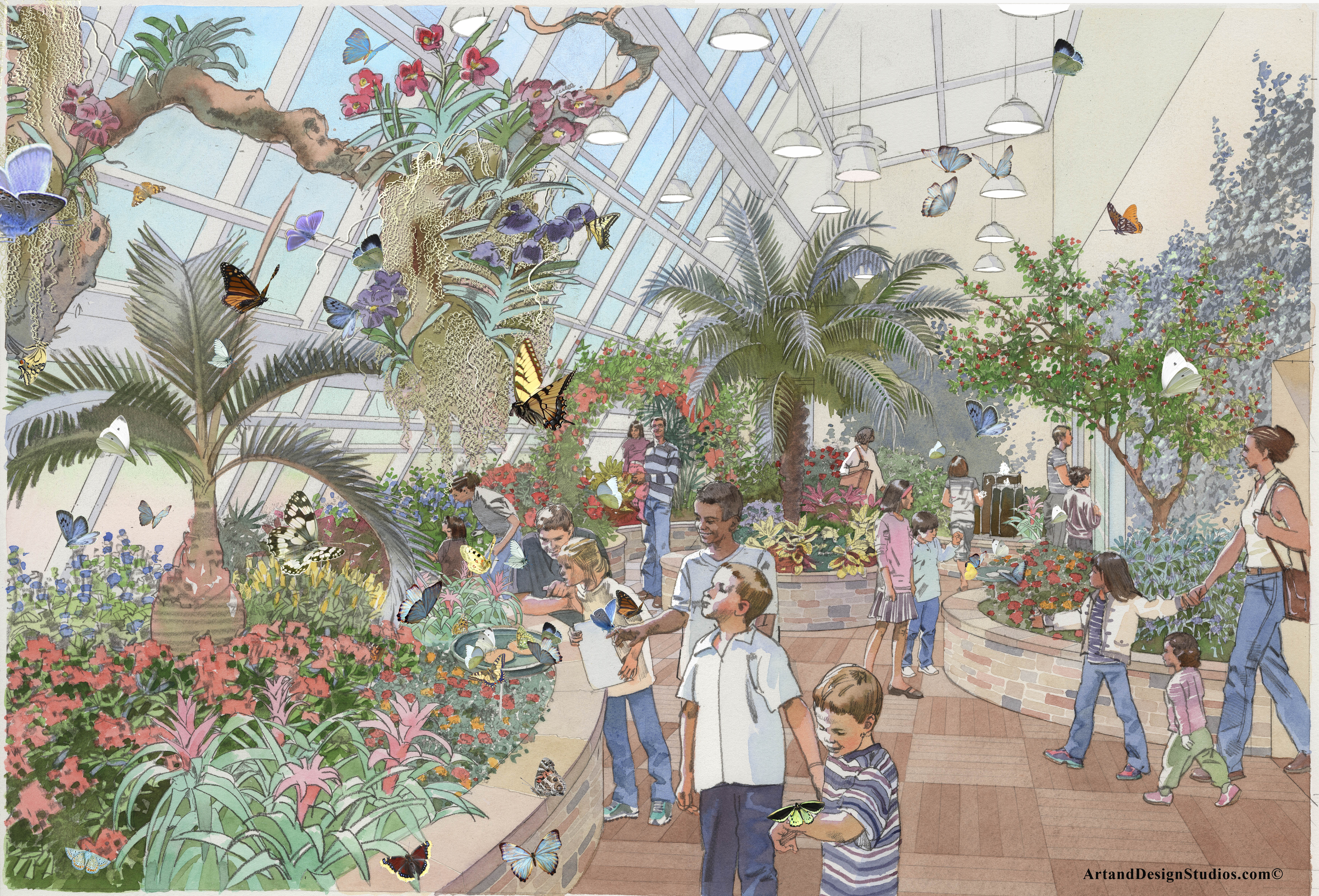 Butterfly Encounter. Join hundreds of butterflies at the most glorious stage of their fascinating lifecycle in a tropical greenhouse - an all new, must-see, destination within the Connecticut Science Center.

Mercury-Redstone Rocket early concept art. This 83-foot tall true scale model extends up the south wall, adjacent to the 4th floor bridge and entrance to the Forces in Motion exhibit. 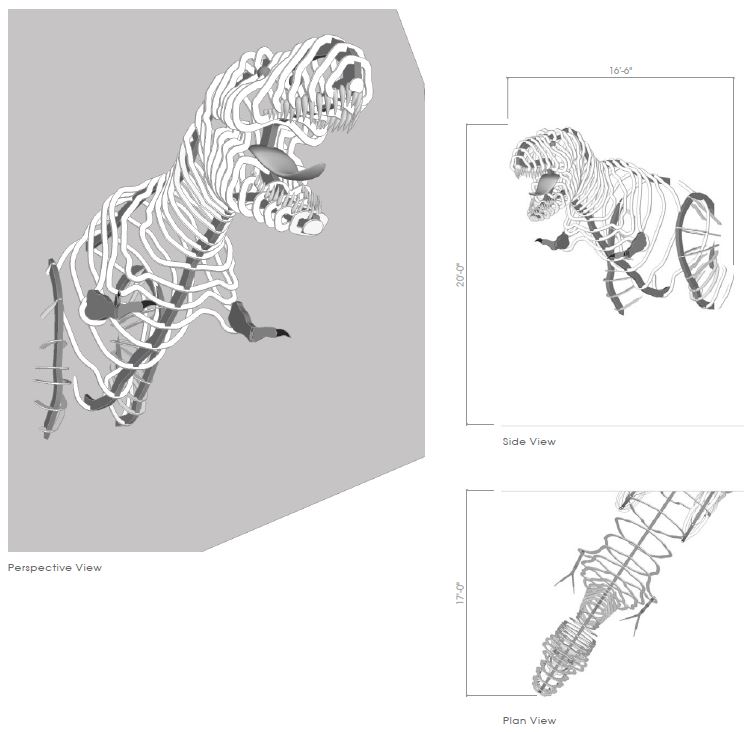 Although bones are all that remain of the T. Rex, its keen eyes, refined olfactory system, and advanced brain have all been revealed through the lens of science.

Located at the base of the first floor stairs, the 30-foot tall tornado extends up and westward along the south wall. Early concept art. 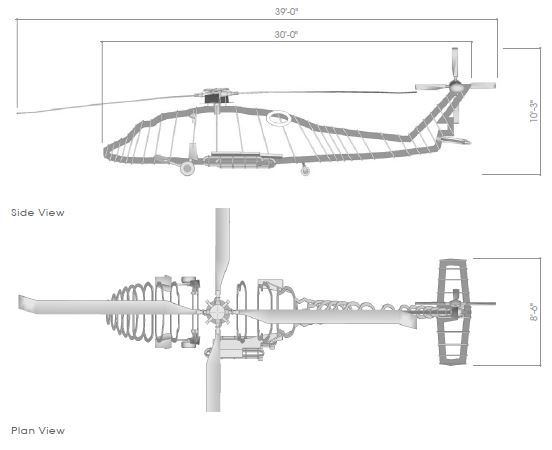 The 30-foot long Sikorsky Helicopter is positioned in a dramatic pose, flying towards visitors as they enter into Science Alley. 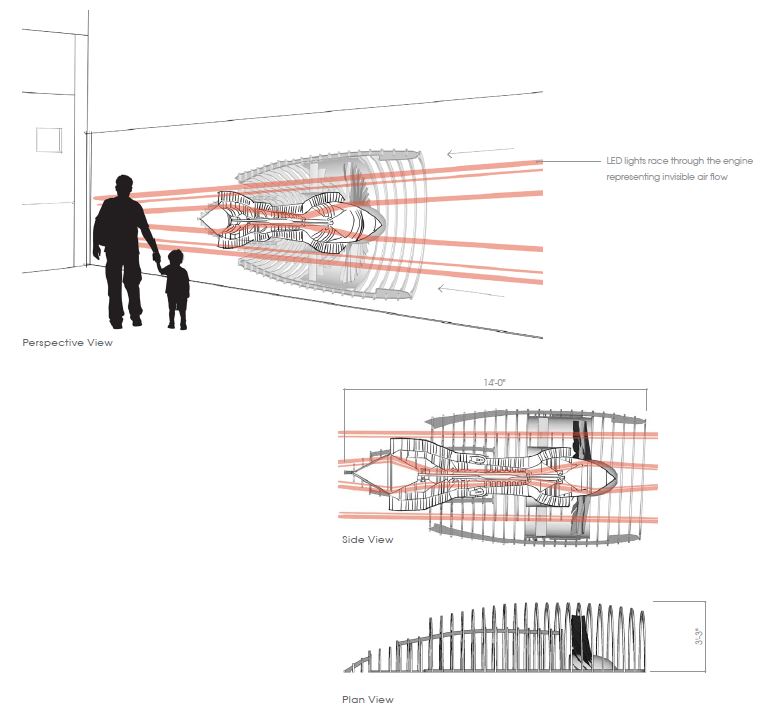 Jet Engine. Presented by United Technologies Corporation. A glimpse through the cowling of the engine reveals the intricate components within, but witnessing the path of air through these intricate parts provides a glimpse into the unseen function of this engineering marvel. Early concept art.

Early concept art of the Sperm Whale. The Sperm Whale will be located at the top of the Columbus Boulevard stairs in a breaching position. 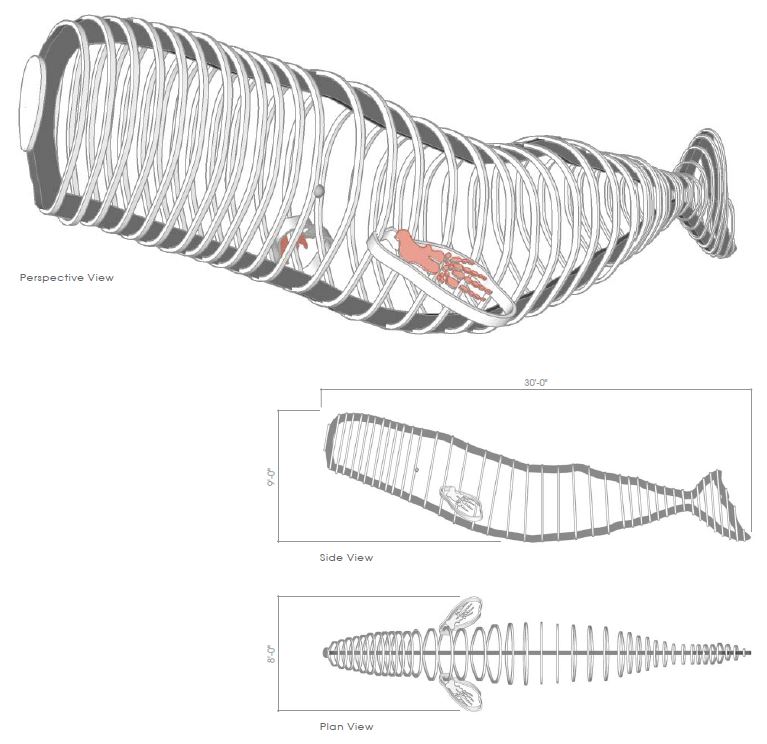 Inside a Sperm Whale’s flipper are the bones of five fingers. These bones reveal the unseen heritage that humans share with this sea dwelling mammal.

Open Daily from 10AM – 5PM
Ticketing and Museum FAQs can be found HERE.