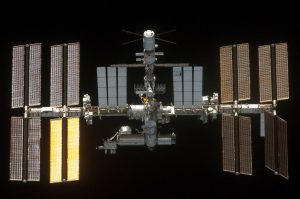 Every year many Americans observe National Hispanic Heritage Month from September 15th through October 15th. Being Puerto Rican, it’s always felt like this is our time as Latinos to be  “# trending.” School children may study a Latin American country or do a report on Latino artists, entertainers or sports figures. When I’ve asked young people to name an Hispanic who has made an impact, I often hear Jennifer Lopez, Frida Kahlo and maybe Sonia Sotomayor. . . maybe!  I even get a Bad Bunny, A-Rod, or Daddy Yankee for an answer. However, when I’ve asked my elders the same question I’ll get enthusiastic responses: Tito Puente, Iris Chacón, Roberto Clemente, Celia Cruz and Cesar Romero (the original and iconic Joker).

While all these individuals have made tremendous strides in their professions and have had international success, I never hear the names like Franklin R. Chang-Díaz, Romualdo Pacheco, Sylvia Rivera, Soledad O’Brien, Guillermo González Camarena, Dandara of Palmares or even Olga D. Gonzalez-Sanabria.  Are you drawing a blank too? If only one (or none) of these names ring a bell, it speaks volumes as to why we need this month of recognition and inclusion.

Okay, breathe. Are you still with me?  That was just a taste (with a little Adobo in there) of the contributions Latinos or Hispanics have had on various facets  of our society and should be at the very least recognized. As we celebrate the JLos and A-Rods of the entertainment world, I suggest taking a little time to explore others who have contributed to your daily life all year around. If not now, there’s always next Hispanic Heritage Month. Mark you calendars. It’s September 15 through October 15.  Why, you may ask, is it between two months? I guess you’ll have to wait until the next blog post about Hispanic Heritage Month.

Lisette Velasquez is a native of Hartford and mother of three. She graduated from Hartford Public High School and Greater Hartford Academy of the Performing Arts where she studied dance and theater. Then she graduated from Hartford College for Women and Hartt School at the University of Hartford with a degree in Performing Arts Management. Although a journalist for several years, most of her career has been in education, the arts, community and family issues with integrations of STEM.