Dia de los Muertos or Day of the Dead is a Mexican tradition that dates back to pre-Hispanic times. Ancient Aztecs honored their dead with rituals during the harvest season, and viewed death like the seasons — a cycle of life, death and rebirth. After the arrival of the Spaniards in the 16th century, it was merged with the Catholic holidays of All Souls and All Saints days and celebrated on November 1 and 2 every year. 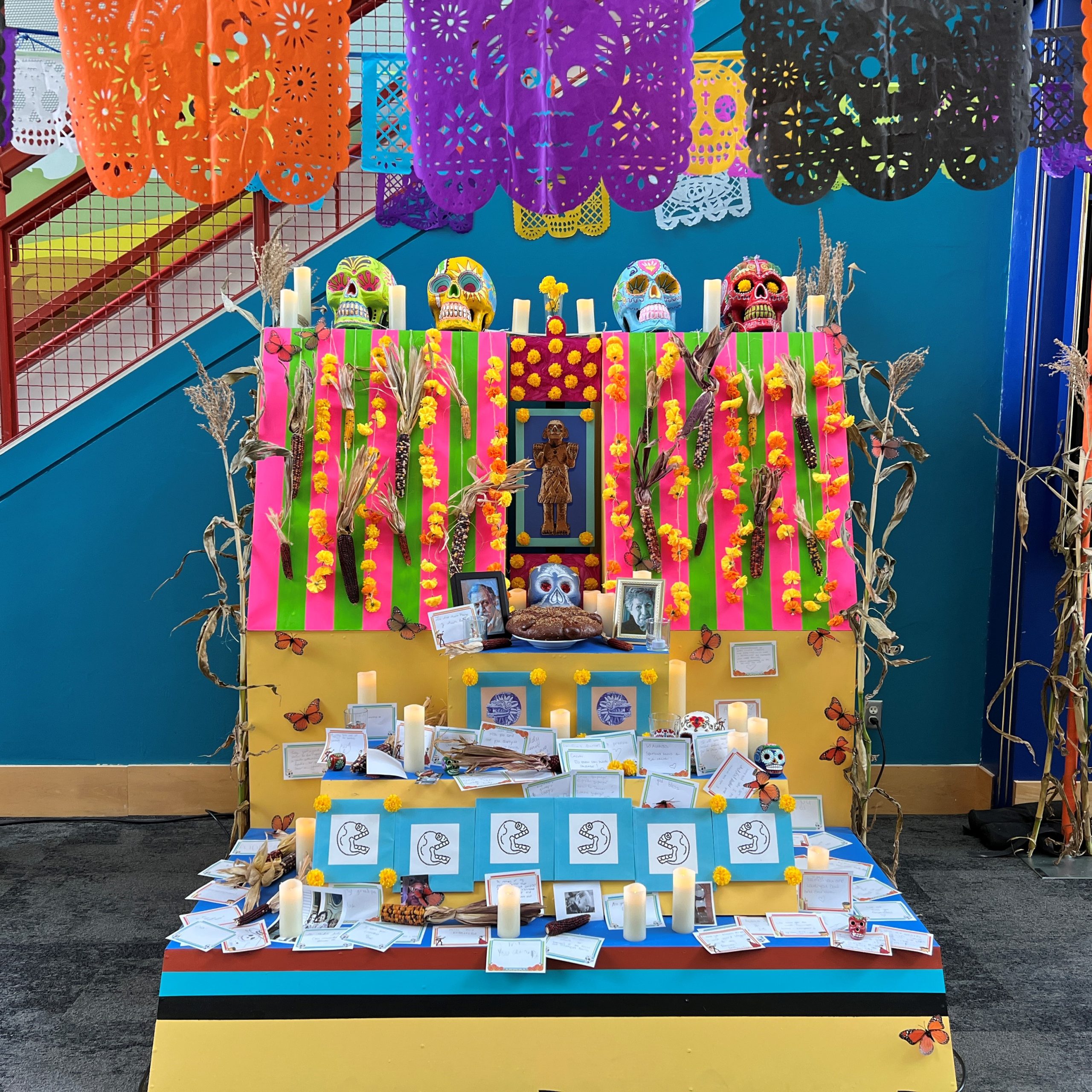 Ofrendas or altars are the tradition during Dia de los Muertos. Entire families build their ofrendas with a mix of ancient cultural practices and religious images and objects. A photo of the deceased being remembered is the most important object on the ofrenda. The cempazuchitl or marigold is the symbolic flower that is placed there with the belief that these flowers are light and guide the souls of the departed to the ofrendas. A path made of these flowers is often placed around the altar for the same purpose.

Traditional objects that are also placed on the altars include sugar skulls, or calaveras, often decorated and with the names of the deceased inscribed on their forehead; the deceased’s favorite foods that include mole con anjonoli, a dish made of a variety of chilis garnished with sesame seeds; tequila or aguardiente, candies and fruit. Pan de Muerto or Bread for the Dead and water are also a must in the belief that the returning dead will be thirsty and hungry from their journey.

All around Mexico families gather at cemeteries where they tidy up their loved ones’ graves, decorate them with cempazuchitls and candles, and often spend several nights in vigil or vigilia, keeping company with the souls of their dead relatives. One can see wandering musicians at the cemeteries playing music of all kinds at grave sites, and overhear people’s conversations that include storytelling and much laughter.

Ofrendas can be simple or highly elaborate and one can find them in homes, cemeteries, churches, museums, and in many towns’ main plazas all around Mexico in ofrenda competitions. Huge parades are now becoming another tradition around the country with thousands of costumed people as La Catrina, a Day of the Dead icon, floats, musicians and dancers celebrating the holiday. Dia de los Muertos is in reality a joyful celebration of life. 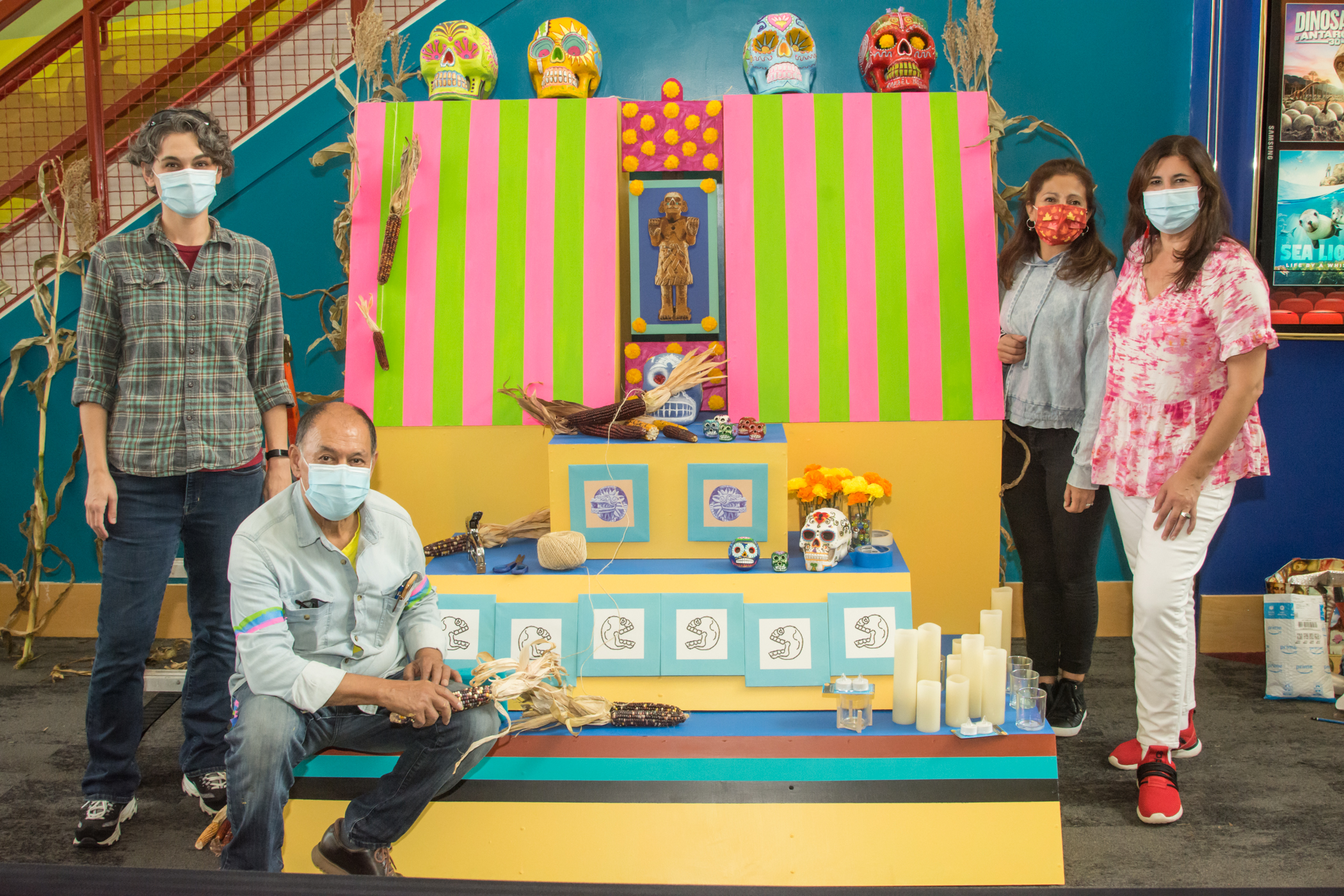 The Connecticut Science Center recently completed the very first installation of an Ofrenda in the building, created by local artisan Carlos Hernández Chávez’ that was on display October 21-31 in Science Alley. Considered by the media as ‘the first Mexican in Hartford’, Carlos’ multidisciplinary arts training and deep cultural roots are the source of his decades-long, prolific career. The artist, activist and educator attended the prestigious Academia de San Carlos, and the National Institute of Fine Arts (INBA) School of Painting and Sculpture, in Mexico City.

A muralist and a visual artist of international acclaim, Carlos Hernández Chávez’ work has been exhibited in galleries and museums in the region and abroad. His work can also be seen in the permanent collections of numerous public and cultural institutions, among them the Mattatuck and Housatonic Museums, Richmond University in England, and in a number of private collections in the U.S., Greece, Puerto Rico and Mexico.

Carlos continues to be a champion of Mexican culture and traditions since his 1967 arrival in Connecticut. His extensive work and activism in the arts and the humanities have earned him multiple honors and recognition from arts, business, educational, local, state and federal sectors.

Check out these behind the scenes photos of the ofrenda being built: 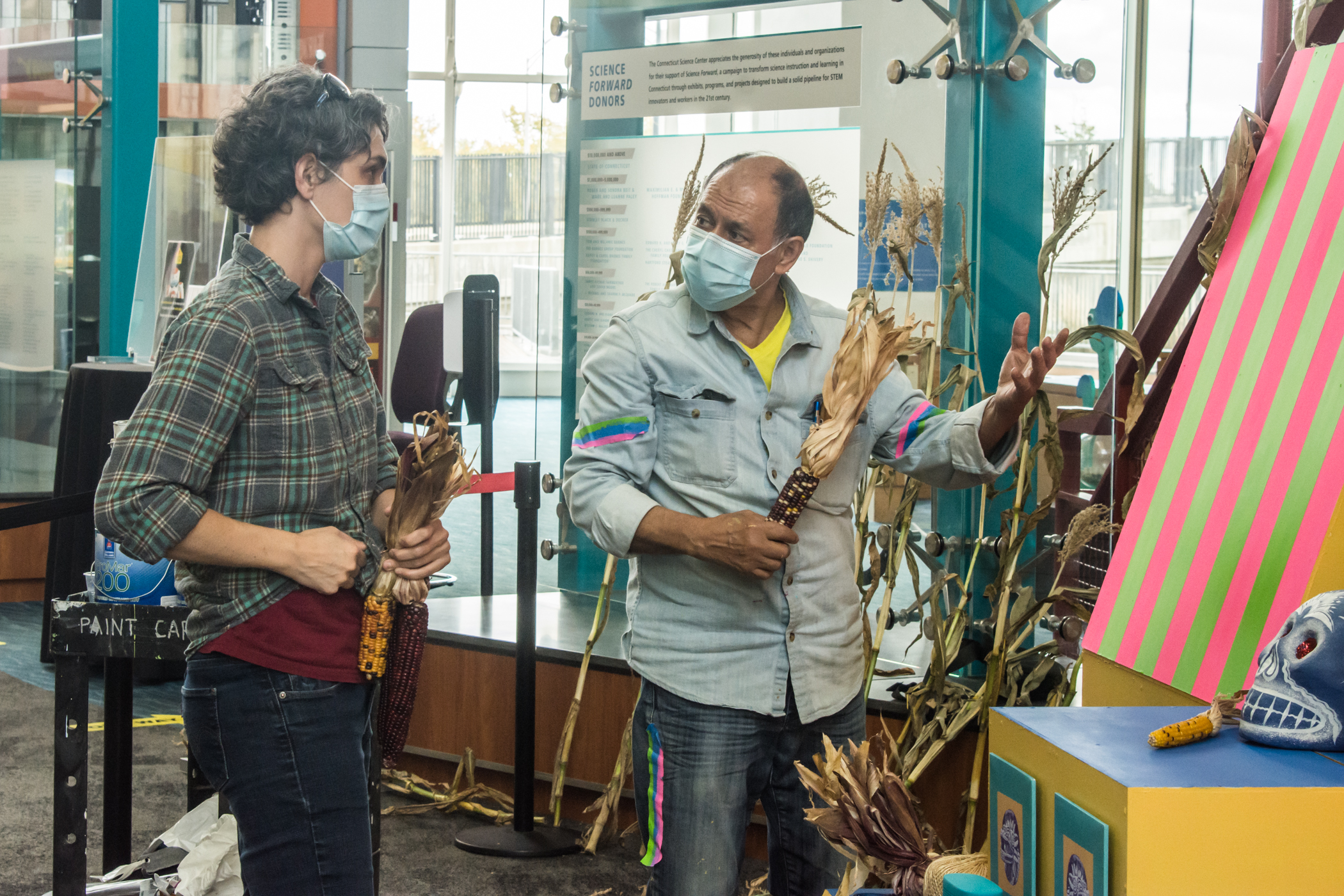 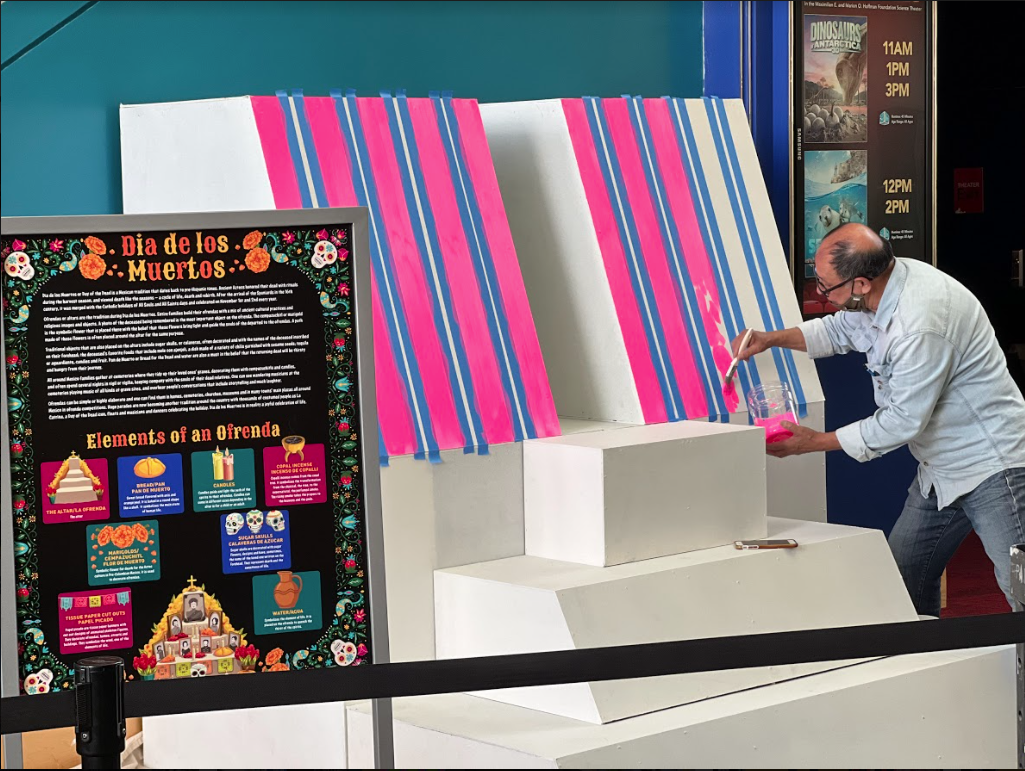 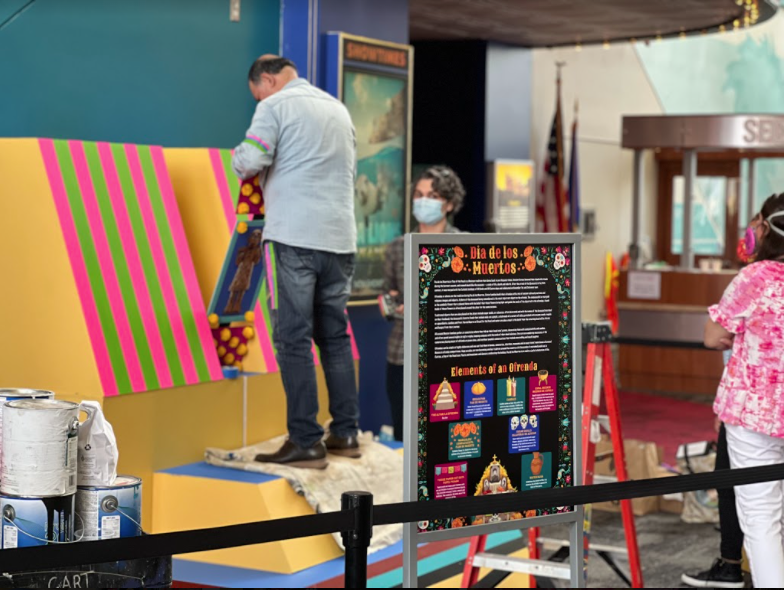 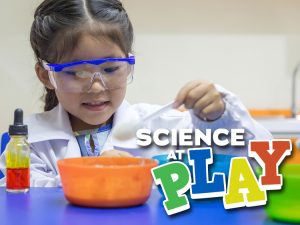