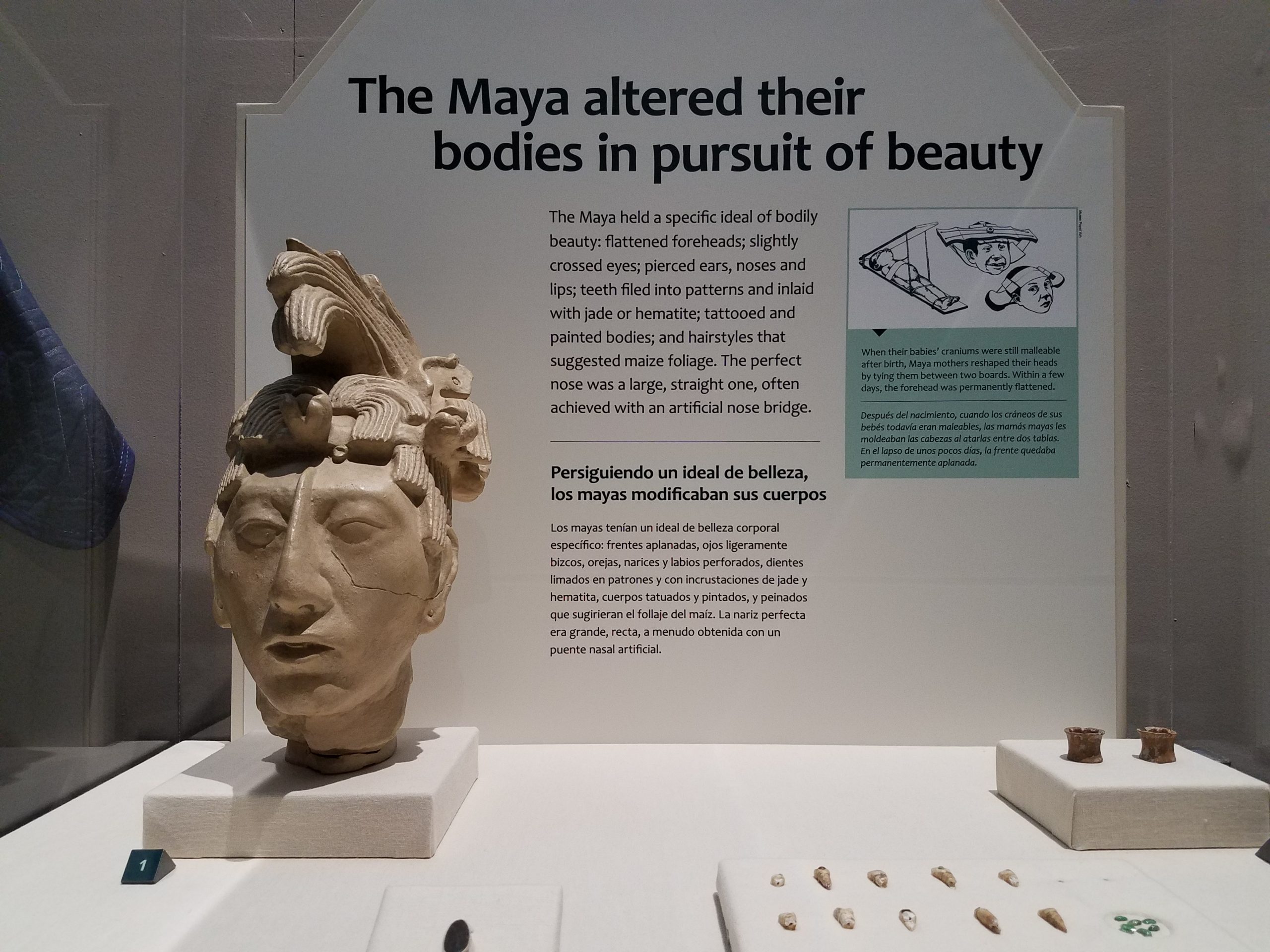 In the twentieth century, body modifications gained immense popularity in American culture, but they were commonplace for the Maya centuries before we adopted them into our own society. The Maya saw body modifications as symbols of strength, representations of their religious beliefs and spirituality, and demonstrations of social status. They believed that the pain and suffering involved with body modifications helped them achieve higher status and pleased their gods. Let’s take a closer look at some of the body modifications visible in the Connecticut Science Center’s traveling exhibit, Maya: Hidden Worlds Revealed, to examine what made them unique, and perhaps we might find a connection to our own forms of body modification.

The Maya were a polytheistic culture, which means they believed in many Gods. To please their Gods, they often made sacrifices by adorning their bodies in elaborate tattoos. Maya tattoos consisted of images of the gods they worshiped and powerful animals. The tattooist would paint the design on the individual’s skin and then make multiple cuts following that pattern. The resulting scar produced a colorful tattoo. The pain the individual went through showed strength and bravery, as they could not show pain when the tattooist worked. Both men and women received tattoos; however, men often waited until they were married. Women wore tattoos on their upper bodies, and men, on their hands, arms, legs, backs and even their faces.  Often, the scars become infected, causing the wearer to be ill for a while, which, these days, is why it’s so important for us to receive tattoos from licensed artists. 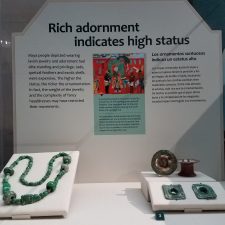 Maya piercings were often done in the center of the main plaza and seen as a form of performance art. People of elite status would gather in the center of the plaza and pierce their tongues with a stingray spine, and the resulting blood was meant to be a tribute to the Gods in the hopes of a prosperous, rainy, and fruitful harvest season. To appease the Gods, the Maya also enjoyed having others around to watch the piercing process take place and would even hold “piercing parties,” where everyone in attendance would get something pierced. (Kellog, date N/A). People from all social classes had piercings, most commonly on their nostrils and septum, ears, and upper lip. 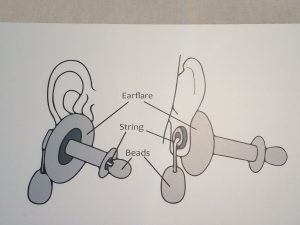 Although their method of piercing ears was quite different from modern procedures, the ear gauges worn by the Maya, which you can check out in Maya: Hidden Worlds Revealed, looked similar to the gauges many Americans wear today. They stretched their earlobes by threading a rope through the piercing and attaching either jade or obsidian to the end. Over time, the weight of the stone would stretch the piercing, eventually making it possible to attach the ear gauge. The Maya also pierced the center of their upper lip and gauged them with precious stones. 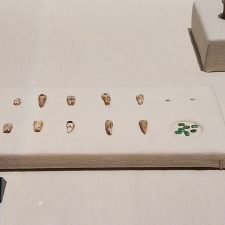 Tooth inlays, another type of body modification commonly performed by the Maya, likely had less to do with worship, but were ways for individuals to express their beauty. This process was done very skillfully with bone or a hard stone. It would be drilled into the tooth either by hand or by using a rope drill to create a cavity the size of the end of a straw. After the hole was created they would inlay a stone of either jade, turquoise, obsidian, or pyrite. As you’ll notice in some of the pieces found in Maya: Hidden Worlds Revealed, the hole was the perfect size to prevent the stone from falling out.  Skeletal remains show that this procedure was usually successful and did not hinder the individual’s ability to use their teeth or result in damage. The look of the Maya tooth inlay appears very similar to that of the grillz popularized by hip hop culture in America.

Today, in addition to having spiritual influences, body modifications are often a form of artistic self-expression. It is fascinating to learn about the different ways the Maya performed body modifications, and it helps us look inward toward our society’s methods of modification and our own choices when considering tattoos.  Along with tattooing and piercing practices, transdermal and subdermal implants have risen in popularity. Subdermal implants are when small rubber pieces are inserted under the top layer of the skin to create a raised bump in the skin, whereas the transdermal implant consists of a metal anchor that allows jewelry to be attached and visible above the surface of the skin. These transdermal and subdermal implants are similar in appearance to how a Maya upper lip piercing would have looked once filled with a stone, as well as the texture of Maya tattoos, which often featured raised scars.