Pi Day has always been one of my favorite holidays. It ranks right up there with the Fourth of July and Christmas. It is a holiday that I often shared with my students.  Now that I am retired, I’ve decided to share a few Pieces of Pi with you.

In the past, my students would plan a full schedule of Pi Day activities.  These first few Pieces of Pi are things that you can do with family and friends. If you dare, start the day at 1:59 AM.  Begin with a Freehand Circle Draw contest. See who can draw the most perfect circle. The only rules are that the paper should not have lines, the circle should be no smaller than the size of a coffee mug, and you may not turn the paper or use your hand as a compass.  Write a few jingles. My students would write Pi appropriate lyrics to songs such as “Happy Pi Day” (Happy Birthday), “Pi Day Song” (Jingle Bells), “Oh Number Pi” (Oh Christmas Tree), “I Believe in Number Pi” (I Believe I Can Fly), “River of Numbers” (River of Dreams), and my personal favorite “American Pi” (American Pie).   After a bit of practice, we would roam the school Pi caroling, picking up stray students and teachers along the way. The tastiest activities would be the pie-eating contest and the pie bake-off in the school cafeteria. The highlight of the day was the Digits of Pi recital. This involved reciting as many digits of Pi as possible from memory or association. It was done over the school intercom at 1:59 PM and drew the amazement of many students. As you can imagine, a great deal of effort and time would go into the preparation for this event. We once had a student who recited over 170 digits of Pi.  The world record holder is Rajveer Meena, who recited 70,000 digits in just over 9 hours.  Many more Pi Day activities can be found with a quick search on the internet.

These next few Pieces of Pi are interesting facts that you can discuss as you sit around the table eating pizza pie, apple pie, chicken pot pie, shepherd’s pie (you get the idea).  Pi is a concept that has been around for the last 4,000 years. Around 1650-1600 BC the Babylonians, Egyptians, and Chinese, all unbeknownst to the other, were comparing the circumference of a circle to the diameter of the circle.  They each had different approximations of Pi but each approximation was in the ballpark. In 250 BC Archimedes was the first to actually calculate digits of Pi. He was remarkably close in his calculations and his methods would later form the foundation of all the exploration that would follow.  Around 1665, Newton discovered Calculus and used it to calculate Pi to 16 digits. Not long after, mathematician William Jones gave Pi its Greek name.  Up until then, it was called “the quantity which, when the diameter is multiplied by it, yields the circumference”.  Glad we simplified that! If you don’t believe in higher powers, you will when I tell you that Albert Einstein was born on 3/14/1879.  Can you believe that? Over the past 70 years, mathematicians and scientists have been racing to see how many digits of Pi can be calculated.  I would like to think that both Archimedes and Newton would be impressed with the current record of 31,415,926,535,897 digits (34.42 trillion!!!).  Google employee Emma Haruka Iwao and her team have used 25 Google Cloud Virtual Machines over the span of 121 days and completed the calculation on 3-14-2019 (of course).  You might ask why do we need to calculate all of these digits?  The answer could be to test the accuracy of supercomputers, develop the power of Cloud Computing, or to continue the search for a unique sequence of digits in an otherwise never-ending, never repeating irrational number.  To be honest, I think the real answer is two-fold; we do it because we can and really, there is nothing wrong with good-ole fashion competition.

I wonder if those ancient mathematicians from 1650 BC would be impressed or amused with our reverent treatment of Pi and our joyful celebration of its existence.  After all, Pi Day was not established until 1988 by the good folks at the Exploratorium in San Francisco, California and it wasn’t made a National Holiday through Congressional approval until 2009.  Nonetheless, I think the Egyptians, Babylonians, and Chinese would be laughing it up with us as we enjoy the antics and knowledge that has become part of the Pi Day celebration. Will you be joining us? 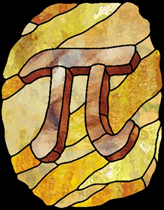 The Science of Stress: Realizing We Are Not Alone

Disease Detectives in the Digital Age