Getting to Know Glacial Lake Hitchcock 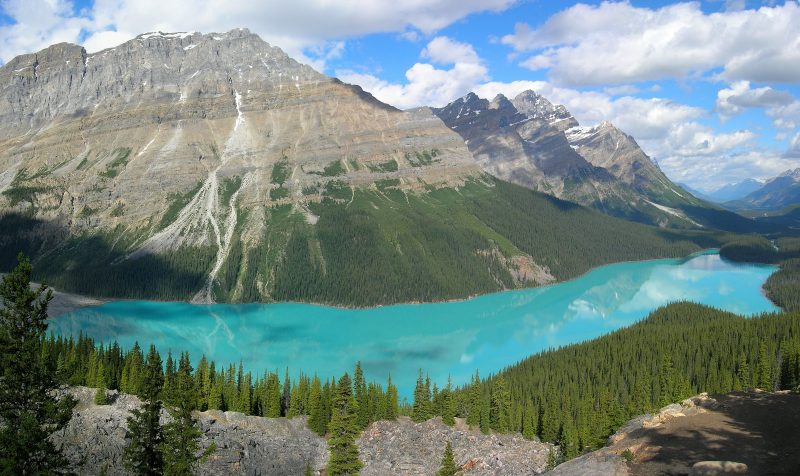 During the last Ice Age a massive glacier covered Connecticut all the way down to Long Island. As the ice slowly melted back about 18,000 years ago, the water cascading off its edge filled the Connecticut Valley, creating a vast lake. This body of water would have been long and relatively narrow, similar to Lake Champlain or the Finger Lakes of New York. Its southern shore lay along a delta of sediment deposited at what is today Rocky Hill, Connecticut, while its northern end reached, at its maximum extent, 200 miles north to St. Johnsbury, Vermont.

Researchers who first discovered evidence of this prehistoric lake dubbed it Lake Hitchcock in honor of Edward Hitchcock, an influential 19th century geologist and president of Amherst College. Professor Hitchcock is famous for creating the earliest detailed topographical map of Massachusetts, and for being the first person to scientifically study the fossil dinosaur tracks found throughout the Connecticut Valley.

If you could have stood on the edge of this great lake, your view would have been much like what you’d see at a modern glacial lake in Alaska or Greenland. The water would have been a milky turquoise from all the suspended silt. Its surface would have been dotted with angular white icebergs calved off the ice sheet.

In the Ice Age, the fauna near the glacier would have been a bit different from what we see today. The land around the edge of the ice would have been bare rock and soil, gradually grading into tough lichens and mosses. Vast herds of caribou would have grazed this tundra landscape and been hunted by packs of wolves. A few miles distant, herds of russet-furred mastodons- relatives of the more well-known woolly mammoth- would have roamed forests of spruce and pine, making crunchy meals of needles, twigs and even small branches.  Bear-sized ground sloths and giant beavers would have wandered the leafier hardwood forests at the far southern end of the lake. 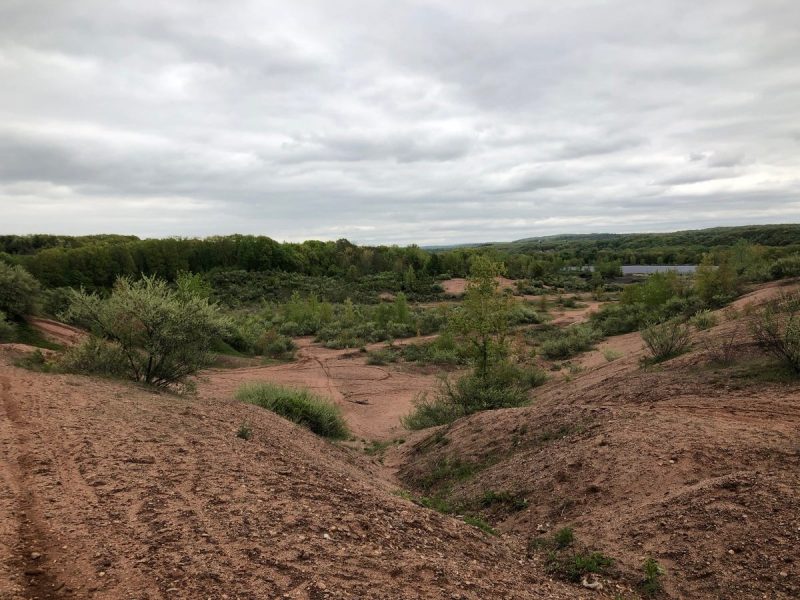 Evidence of Lake Hitchcock can be found throughout the Connecticut Valley as varves- banded layers of silt and clay that were laid down on the bottom of the lake. Each band of a varve is roughly equivalent to one year, so counting the layers can tell researchers how long the lake was around, much like counting the rings of a tree can tell you how old it was. In the early 20th century Swedish geologist Ernst Antevs analyzed varves throughout the Valley to discover that Lake Hitchcock had existed for almost 4,000 years. Later investigators determined that the lake broke through its southern dam about 11,500 ago and flooded down the route of the modern Connecticut River to Long Island Sound.

Part of the ancient sediment dam that contained Lake Hitchcock is still visible today as a sand pit at Dividend Pond Trails and Archaeological District in Rocky Hill. Sands dunes built up along the shore of the lake can also be seen today at Matianuck Sand Dunes Natural Area Preserve in Windsor.

You can learn more about the ice sheets that once covered Connecticut at the Our Changing Earth gallery located on the sixth floor of the Connecticut Science Center.

John Meszaros is a Visitor Services Specialist at the Connecticut Science Center. He has a degree in Biology from the University of Michigan. He has a strong interest in biology, astronomy, oceanography, geology and other natural sciences. He is an avid writer and illustrator who enjoys sharing his love of the natural world with others.