This year, the Connecticut Science Center is celebrating Bug Week July 21 through 28 in collaboration with UConn Extension and the Connecticut Museum of Natural History. We’ll be bringing you bug-themed programming all week in honor of insects and all that they do. 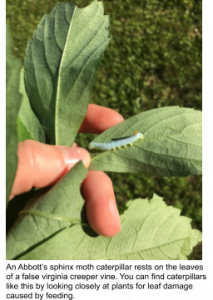 Insects are the most diverse group of animals, meaning that there are more species of insects than of any other animal on the planet! With an estimated 5 million species alive today, insects make up over half of all life on Earth. For comparison, there are more species of beetles than of all mammals, birds, reptiles, amphibians, and fish combined. Insects come in such a wide range of sizes, shapes, and lifestyles that they are able to live in every habitat, on every continent on Earth. They make our lives possible by pollinating our crops, providing food for the birds, mammals, reptiles, and amphibians they outnumber, and by breaking down dead and decaying material and returning nutrients to the soil. They are the foundation of our ecosystems, and whether we recognize it in our daily lives or not, we are entirely dependent on them. During Bug Week, we encourage people of all ages to take a closer look at the insects around them and learn about the science and natural history behind these little creatures that run the world.

Get outside! Learn about insects at home 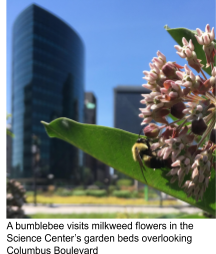 Insects are all around us! You don’t need to have a large backyard or live deep in the woods to find insects at home. Even in downtown Hartford, the Science Center’s garden beds are buzzing with activity from local pollinators. You can find insects at home just by turning over a rock, inspecting a weed, or scanning the branches of a nearby tree. You can use a jar to catch crawling or jumping insects by hand, or a net to see which flying insects you can catch and transfer to a jar to observe. 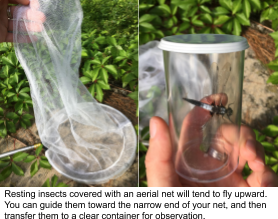 There are many kinds of specialized traps for collecting insects, but you can make a simple pitfall trap by digging a small hole in the ground just large enough for a cup to be buried up to its rim. Insects will step over the rim and fall into the cup, unable to escape. This is especially useful for finding ground beetles.

When night falls, an entirely new group of insects become active, and you’ll need to change tactics to find them. Nocturnal insects communicate with each other using light and sound, and you can use this to your advantage to locate them. Lightning bugs light up to attract mates, and you can use a net to catch them as they fly. Crickets chirp, allowing you to single them out and locate the source of the sound, like an interspecies game of “Marco Polo”. Since many nocturnal insects cannot see the color red, a flashlight or headlamp with a red light will help you find insects without them knowing they’ve been spotted. If you move very slowly and quietly, crickets will continue to chirp even after they’ve been spotted with a red light. 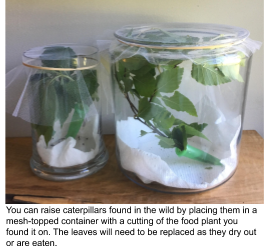 Although they’re unable to see red light, many nocturnal insects see and are attracted to UV light, like that emitted by blacklights. Entomologists, scientists who study insects, often go “blacklighting” to collect moths and other nocturnal insects in the summertime. You can do this at home by hanging a white sheet between two trees or against the side of a building and shining a blacklight onto it for several hours. Moths will flock to the white sheet and rest on it, where you can observe them or collect them into a jar. This can also be done with a bright white light, but it will be somewhat less attractive to insects.

Observing and Identifying your insects

Once you’ve captured an insect, the best way to learn about it is to observe it and try to identify it. A good field guide to the insects is invaluable, but there are many useful websites that can help you out. You can also check out the Connecticut Entomological Society and the Connecticut Agricultural Experiment Station’s Insect Information Office to learn more about your favorite insects.

Want to learn even more about insects? Check out the events scheduled for Bug Week in CT, running Monday, July 21 to Sunday, July 28, and share pictures of the bugs you find with us on social media! 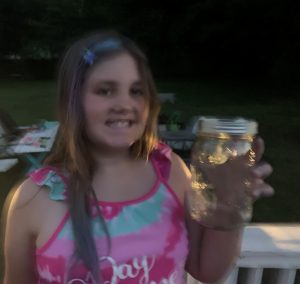 Ellie Clark is a horticulturist and Butterfly Encounter Assistant at the Connecticut Science Center. 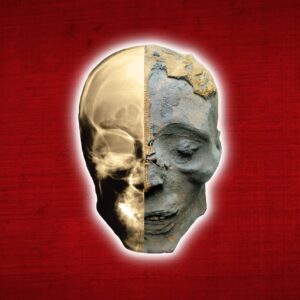