After a forty year hiatus, the Jumping Frog Contest returned to the Mark Twain House & Museum, only with a twist: the 2019 winner was a robot. All the contestants, actually, were robotic. Bill Hoover, a MakeHartford member and retired biochemist, created the first prize hopper through trial and error. Bill took pride in spending less than $20 to make his frog from a rat trap, RC car, foamcore, camouflage-print cloth, hose, and a coat hanger. This combination of thrift and reuse, plus theatrics for added flair to the robotic frog’s performance, won over the judges, earning Bill prize money. 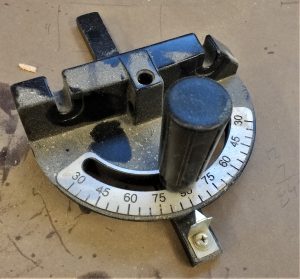 r MakeHartford member, values the makerspace for stimulating collaboration. Jazz, a user-centered product designer, describes herself as needing external motivation, which is what she gets by workshopping portfolio projects in Hartford’s first makerspace, located in the Parkville neighborhood.

MakeHartford opened in 2014, in two basement rooms of the former Gray Manufacturing Co. building, where pay phones and office equipment were produced up until 1963. In the five years since, they have added another room, allowing for multiple simultaneous classes and meetings. Besides being a venue for hobbyists, it has contributed to the economy, with members learning new skills that have helped them to develop new careers or advance their current ones.

While Jazz demonstrated her witch lights — an interactive art installation designed to be viewed outdoors at night — Margo Lynn Hablutzel led casual open house tours. Margo Lynn has been with MakeHartford almost since its start and has seen the expansion of workshops, including those she has facilitated, like yarn dyeing. In her professional life, Margo Lynn practices cybersecurity and information technology law, but in her spare time, she prefers to immerse herself in fiber and paper arts and woodcrafts. She has made leaded “stained” glass and says she integrates “technology with the older crafts such as using the 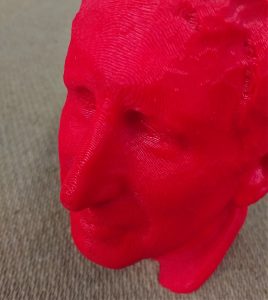 laser in a woodworking project.”

What attracted her to MakeHartford was that it offered space for makers with a range of interests. One member, she explained, “scanned his face using a phone app and then 3D printed the head” in the fabrication lab. Another used the woodshop to finish sparkly counters that he sells to pubs. People do not need to come in knowing how to use every tool, Margo Lynn said. MakeHartford is a place where they can learn from others, not merely rent equipment. Having a workspace separate from one’s house is part of the draw, as Jazz described needing a place to focus without the distractions of her cat and a sinkful of dishes.

Currently, visitors under age 18 are welcome during the monthly Connecticut Robotics Society meeting. Otherwise, it’s an adults-only space, with discounts offered for students and recent graduates of any age.

Upcoming classes include an introduction to electrical components and how to use a laser cutter. MakeHartford will be open to the public during Open Studio Weekend, November 9 and 10, 2019.

Want to learn even more about becoming a maker? Mark your calendar for May 2, 2020. The Connecticut Science Center will be hosting its first annual CT MakerFest expose local families to Connecticut innovation and craftsmanship and inspire them to create and build with their own hands.