NASA’s Women in STEM: Then & Now

From Margaret Hamilton and Katherine Johnson in the 1960s to Katie Bouman in 2019, women have been a central, if too-long overlooked, part of the space field. To celebrate the 50th anniversary of the Apollo 11 moon landing, we recognize the contribution of women in STEM (science, technology, engineering, and math) in a fast-fact comparison between the 1960s and today. 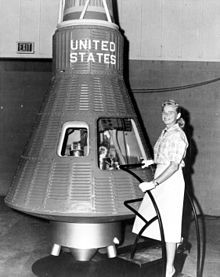 Then: The Mercury 13, sometimes known as the “First Lady Astronaut Trainees” (FLATs), was a group of women who participated in astronaut training for the country’s first human spaceflight program in the early 1960s. FLATs was never an official NASA program, and unfortunately, it was eventually discontinued, but the commitment and determination of these women to get into space paved the way for women astronauts like Mae Jemison. 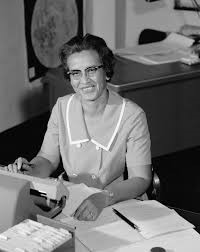 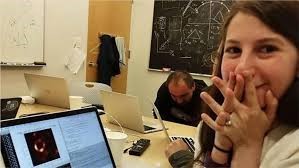 Now: Katie Bouman, a computer scientist, postdoctoral fellow at MIT, and a member of the team behind the Event Horizon Telescope, created an algorithm that led to the production of the first-ever image of a black hole.

Then: Percentage of Employed Professionals Who are Women in the 1960s:

Now: Percentage of Employed Professionals Who are Women as of 2016:

Then: Many women were part of NASA’s early space program leading up to the Apollo missions. They worked on mathematical problems and were sometimes referred to as the human computer. 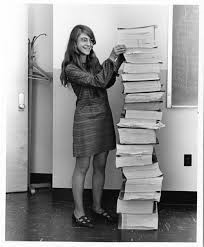 Then: Margaret Hamilton, a computer scientist, developed software to detect error and risk messages on Apollo 11 that allowed astronauts Neil Armstrong and Buzz Aldrin to safely land on the moon in 1969. The code collection created by Hamilton, called the Apollo Flight Guidance Computer Software Collection, is now archived at the Smithsonian’s National Air and Space Museum in Washington, D.C.

Now: Julie Mitchell and Tara Ruttley are two NASA engineers who inspire young women to pursue careers in space science. Mitchell and Ruttley work on life support systems and health maintenance to allow astronauts to live and survive in space.

Katelyn Rutty is the Communications Coordinator at the Connecticut Science Center. She has a B.S.B.A. in Pharmaceutical Business and Marketing from Western New England University. Currently, Katelyn is working towards her Masters in Business Administration.

Amanda Coletti a Communications Research Assistant at the Connecticut Science Center and a Ph.D. student in the Department of Communication at the University of Connecticut, where she studies the science behind science communication.