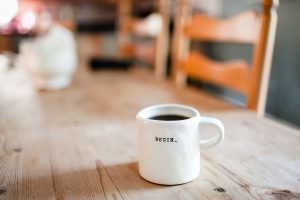 Photo by Danielle MacInnes on Unsplash

Bleak and frigid January may be when you think about setting new goals, but several cultures celebrate the new year in Autumn. Today is as good a day as any to begin, especially if you are already making a change to your environment. As Teal Burrell explains in New Scientist, “the best times to break habits or create new ones are when we go on a trip, change jobs or move house.”

Attempts at personal changes can be fraught with the baggage of past failures, making us feel like quitting before starting. Are there any tricks to breaking regrettable habits? Behavioral changes must ultimately become habitual if they are to stick. Caroline Graham Austin and Agnieska Kwapisz explain that “existing habits override good intentions,” so how do you convert these intentional actions to autopilot? And is there any way to predict who will be successful in reaching their goals?

In a framed field experiment to determine if extrinsic motivators help people reach their goals, Graham Austin and Kwapisz learned a few things about those who had the most success in forming new habits.

First, successful participants consider their goals important. They think about what matters to them, personally, and proceed from there. If having ripped biceps is not on your priority list, you would be unlikely to form a habit of working out at the gym.

Goal achievers also tend to have a strong internal locus of control. This is the idea that a person’s efforts, abilities, and actions heavily influence the results. Somebody with an internal locus of control knows that her study routine is largely responsible for why she excels on exams. Someone with an external locus of control would, on the other hand, say she was just lucky. Multiple studies have found a connection between weight and the locus of control: “a low level of belief in ability (low self-efficacy), the belief that external factors control health (an external locus of control), expectations of undesirable consequences (negative outcome expectancies), and the perception of numerous barriers (greater perceived obstacles) have consistently been found to prevent the occurrence of healthy eating and physical activity.” Whether the goal is to hit the books or take more walks, evidence shows that the goalsetter’s mindset matters.

This would be the time to mention that motivational apps do not deliver on their promises. Graham Austin and Kwapisz found no empirical evidence that apps — which provide extrinsic rewards — help users meet behavioral goals. Popular apps that send prompts and motivational messages actually operate in contradiction to accepted theories about motivation. When participants stop using such apps, the outcomes are worse. For instance, if someone had been prompted by an app to study every day, she would be less likely to continue studying when the daily reminders ended.

If apps can’t be counted on, what else may help you to form? Select an action that can be performed daily and connect it to a cue. Ambiguous goals like “eat healthier” or “make more eco-friendly choices” are more promising when reconceptualized as “eat an apple each morning with my pancakes” or “take the bus instead of driving to work.”

We have all heard about SMART goals: specific, measurable, attainable, realistic, and timely. As it turns out, “current research suggests that challenging goals lead to greater effort, focus, and persistence than moderately difficult or easy goals and that SMART goals might not be very effective in fully operationalizing the complexity needed for deliberate practice.” Having multiple, simultaneous, but non-competing, goals are equal to or more effective than setting single goals. When we feel challenged, we put in more effort and have higher levels of satisfaction when we meet our goals. 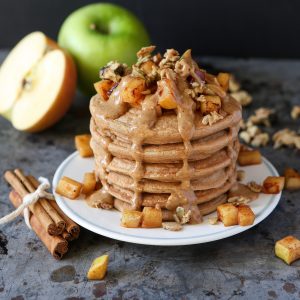 Photo by Caitlin Greene on Unsplash

What if you show signs of being human and goof up? You lose steam after work, skip the grocery store, and have no fresh fruit for the next morning. These things happen. Studies have found that missing one opportunity is not detrimental to forming a new habit. If your goal is to ride the bus instead of drive a car this week, but the transit schedule is too spotty for your Sunday plans, that does not mean you are doomed to failure. Monday morning, you can get back on the bus and continue to make progress. All is not lost! The occasional setback is very different from repeating that non-action every day for the rest of the week. Consistency does count when it comes to forming habits.

One more action that has been found to increase a person’s chances of forming a habit: share your short-term goals with others. A 33% increase in participants’ success was found when they documented their goals in writing and then communicated these with others. This can be as simple as posting on Facebook or letting your friends know what you’re up to in a group text. Sites like MapMyFitness let users record their workout and report progress to their friends, which also can help with accountability.

Are you thinking about striving toward a goal? The popular belief is that it takes 21 days to form a habit. I will be investigating the science behind that while I try to create a new habit of my own over the next few weeks, so check back to learn more.