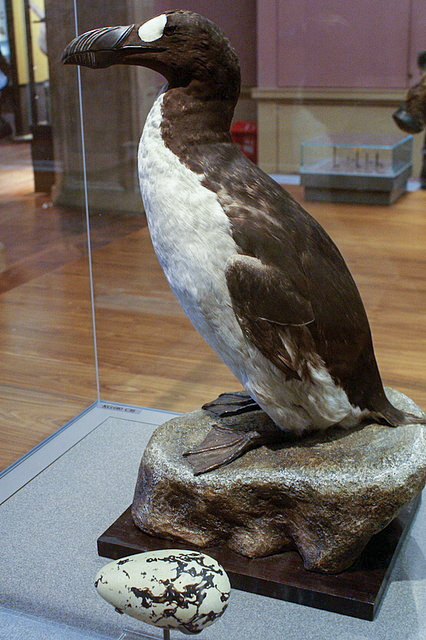 Around 1844,  the Great Auk, a flightless bird, disappeared from Earth.

Found in the North Atlantic, the seabird was hunted out of existence.

Though it had always been valued for its meat and eggs, hunting of the Great Auk sharply increased in Newfoundland around 1500.

Scientists recently studied DNA samples to see if the presumed cause of extinction — overhunting — was accurate, or if anything in the environment led to the swift decline of the bird, a relative of the Puffin and Razorbill.

Though in this case scientists ultimately determined that there is no evidence of environmental factors contributing to the Great Auk’s decline, Swansea University’s Jessica Emma Thomas explains that these “findings also show why we need to thoroughly monitor commercially harvested species, particularly in poorly researched environments such as our oceans.”

“Today, seabirds are more threatened than any comparable groups of birds,” Thomas writes, “with a third of species at risk of extinction and half facing decline.”

Fishing, hunting, and egg harvesting are all threats today, along with pollution and habitat loss.

Although this may all sound disheartening, we are better positioned in 2020 to intervene on behalf of our ocean life. Between communication technology that can help educate people worldwide about threats to places they may never visit, to physical structures that encourage species to rebound, there is hope.

Three countries continue to permit whale hunting, but in 2019, Iceland did not engage in it for the first time since 2003. 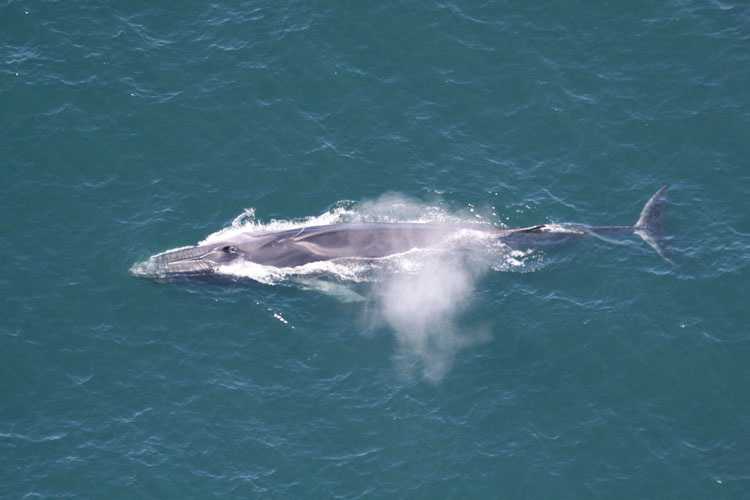 Fin whale swimming in the ocean. / Image courtesy of noaa.gov

In part, a generational shift in values is responsible for the market drying up. Joe Roman with The Conversation explains that a third of Iceland’s residents, primarily “younger” and “urban”, oppose whaling.

A campaign targeting Iceland’s tourists has also been noted as having an impact. Whale watching? Yes. Dining on whale meat after? Not so much.

One of Iceland’s whaling companies said it missed the permit deadline, and would skip out on hunting for 2019 due to not having the time to make ship repairs. Another company said it would catch sea cucumbers instead of whales for the season.

Banning or reducing whaling may be beneficial, but according to the National Oceanic and Atmospheric Administration (NOAA), the endangered Fin Whale’s “biggest threat” today “comes from vessel strikes.”

White’s Seahorse — local to Sydney, Australia — suffered a 90% decrease in population over just the last decade. Last year an aquarium, university, and various government agencies collaborated to step in. They have created hotels, or breeding facilities, for mating seahorses.

The goal is to release juvenile seahorses into Sydney Harbor when they are strong enough to survive in the wild. This is expected to happen in April or May 2020. Because captivity conditions are different from the wild, those involved in the project are cautiously optimistic and will be monitoring the seahorses after release.

This is hopeful for White’s Seahorse, but seahorses in other regions face different threats. Luckily, people are thinking about how to solve that problem too.

Love learning more about the deep blue sea? If you are a Connecticut Science Center member, you get free admission to Mystic Aquarium in March 2020.