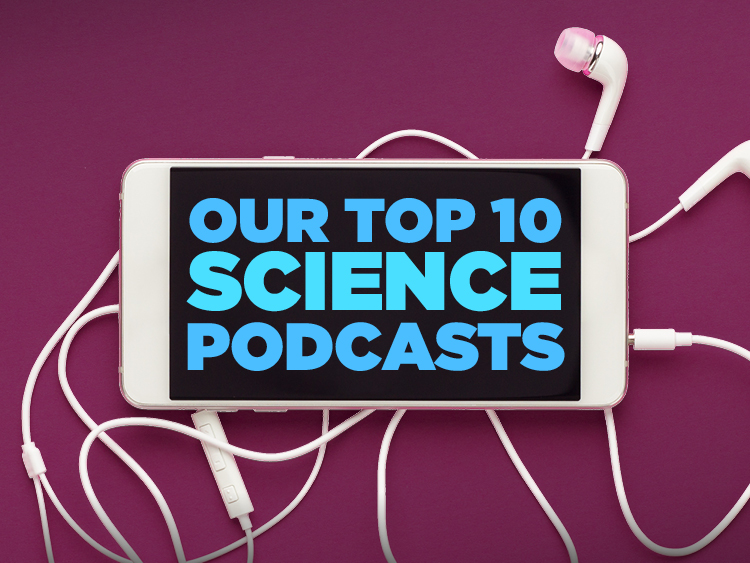 When my co-worker first suggested to me that I should listen to science podcasts, I was initially a bit skeptical. As a neuroscience graduate student, I used to read and talk with people about science all day long, why would I want to listen to more people talk about science in my free time? Eventually, I took the plunge and plugged into an episode of Ologies about volcanoes. Within one episode I was hooked. Originally, I had only a mild curiosity about volcanoes, but soon I became entranced by these exploding giants. I discovered how scientists conduct field research to examine active volcanoes, learned the mysteries of haunted lava tubes, and was inspired by scientist Jess Phoenix’s excitement for her research.I began listening to podcasts on my way to work, while I was working at the lab bench, and even when I spent hours working on a microscope in a dark room. Listening to the experiences of other scientists was inspiring. When one of my experiments sometimes failed, I was reassured by other scientists’ stories of failure and regained success. Listening to science podcasts reinvigorated my interest in my own research and sparked a new passion for science communication.

Blasting my prior assumptions, science podcasts became a way to catch up on the recent science breaking news, find new creative resources, and learn about new science fields that I otherwise wouldn’t have been exposed to.

Check out these 10 science podcasts on the drive to work or on your daily walk and share them with your friends and family to spark intriguing conversations about science anywhere you go.

From National Public Radio (NPR), Hidden Brain examines the social phenomena that baffle everyone. Do humans actually think rationally? Where do our ideas about gender come from? Why do we always fall for surprise endings in movies? Hosted by Shankar Vedantam, this podcast explores the social science behind the human behavior that we experience and witness every day.

Favorite Episodes: Spoiler Alert! The Psychology of Surprise Endings, Alan Alda Wants Us to Have Better Conversations, What Can a Personality Test Tell Us About Who We Are

Interested in staying up to date on the latest genetics news? DNA Today covers genetics through stories, book and movie reviews, and interviews with researchers, patient advocates, and genetic counselors. Host Kira Dineen is a graduate student in Genetic Counseling at Sarah Lawrence College. Kira created the show as she earned her bachelor’s degree in Diagnostic Genetics at the University of Connecticut (UConn), and it is currently broadcast on UConn’s radio.

Behind every great episode of this podcast is a super woman in science. This show tells the stories of women and non-binary people in science and highlights the variety of their scientific endeavors. From academic research to political advocacy to artistic creation, Super Women in Science brings to light issues women face and showcases supportive communities for scientists. Hosts Cordon Purcell, a registered music therapist, and Nicole George, a neuroscientist, are both passionate about promoting underrepresented scientists and telling their stories.

The astronauts at the International Space Station can choose one person on earth to call from space, and one astronaut chose to call RadioLab. Hosted by Jad Abumrad and Robert Krulwich, WNYC’s RadioLab invites audiences to explore this strange world around us by examining the science behind the world’s most bizarre questions. This podcast has won Peabody Awards and a National Academies Communication Award, and co-host Jad received a MacArthur Genius Grant to continue producing engaging shows and providing wonderfully strange content to a curious audience.

Favorite Episodes: Dark Side of the Earth, Bliss, Dinopocalypse Redux.

Should you drink detox teas like an Instagram celebrity? Can petting your furry friend on a plane help with flight-induced anxiety? Did aliens really help build the pyramids? Science Vs. pits science against today’s most popular trending ideas. Mediating this battle is host Wendy Zukerman, whose humor and compelling storytelling keeps you intrigued right until the final showdown. In each episode, Science Vs.’s team of fact-checkers investigates a different topic in pop culture and aims to dispel common myths related to science.

Favorite Episodes: Vitamins & Supplements: Are They Worth It?, The Rise of Anti-Vaxxers, Ancient Aliens: Who Really Built The Pyramids?

3.Stuff to Blow Your Mind

Explore the strange fascinations of the world around us with Robert Lamb and Joe McCormick as they take a deep dive into the mysteries and marvels of science. From the cognition behind making assumptions to the invention of toilets, Stuff to Blow Your Mind, isn’t afraid to explore the weird phenomena that we all secretly wonder about.

Favorite Episodes: Against Narrative: Are Stories Bad For Us?, Let’s Make A List, Minds of Musical Emptiness

If you’ve ever been fascinated with the cloning technology behind Jurassic Park or the intriguing neuroscience of brain function as featured in Lucy, then give Cinema Science a listen. Hosts Anne and Heidi are two neuroscience PhD students who have turned their hobby of watching and critiquing their favorite films into a podcast that investigates the real science behind popular sci-fi films and television shows . Each episode features an interview with an academic researcher in a casual conversation that highlights current research in different scientific fields.

Listening to Ologies is like wandering into a coffee shop and eavesdropping as a stranger excitedly talks about science. Each week, host Alie Ward interviews an “ologist”—an expert in a science field, such as trichology (the study of hair), ornithology (the study of birds), or volcanology (the study of volcanoes). A blend of humor, creative storytelling, and compelling science, this podcast will introduce you to your new favorite scientists and encourage you to “ask smart people dumb questions.”

If you listen to any of these science podcasts and love them, let us know! Head over to our social media accounts (Twitter: @CTScienceCenter, Facebook: Connecticut Science Center, Instagram: ctsciencecenter) and leave a comment to tell us what you love about your favorite science podcast or suggest some that we’ve missed. 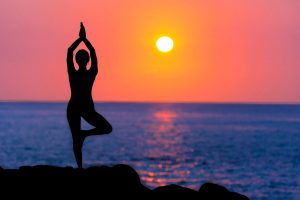 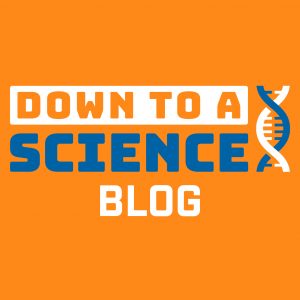 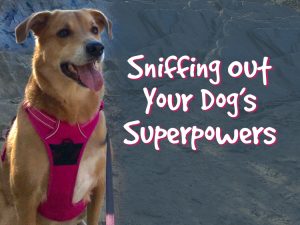 Sniffing Out Your Dog’s Superpowers