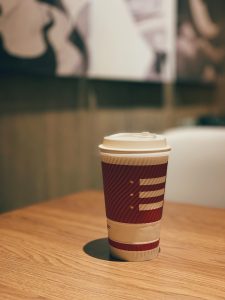 Photo by L XR on Unsplash

It’s been three weeks since Science Straight Up nudged me toward swapping throwaway coffee cups with a reusable mug.

It was around the beginning of the third week that I cracked. Somehow I left both travel mugs at work, and in the midst of a particularly stressful morning, decided I could not possibly make it all the way to the office unless I got coffee.

During previous attempts to switch from disposable to reusable, this would have shut down all progress. That is before I had read up on the science of habit forming and changed my outlook. I failed that morning, but would have many other opportunities to make better choices. When I arrived at work, I immediately put the extra mug in my bag and made a note to do better next time.

Over 21 days, I used exactly one throwaway hot coffee cup. If this were baseball, I’d have a .952 batting average.

Is there science to support the popular belief that it takes 21 days to form a habit? Actually, no. A study found that it took anywhere from 18 to 254 days for a new habit to stick, with 66 days as the mean. Telling participants about the “21 day rule” had no placebo effect on their behavior either, as was discovered in another study.

Not confident about meeting your goal? Keep going! If you’re like most people, then you are a little over 30% along!

How did you do? Will you continue with the challenge beyond these 21 days? Are you ready to try another green change? Let us know. Use the #21DayEarthChallenge hashtag on social.