In honor of Shark Week, we’re taking a look at some of the fascinating science behind the world’s most thrilling predator, debunking some of the most common myths, and diving into some possible careers!

When we think about sharks, the first images that pop up in our minds are often famous shark attacks. Perhaps you picture the movie Jaws. Or, maybe you think about the Bethany Hamilton attack as depicted in the movie Soul Surfer. After watching these films, you may initially be scared to ever go in the ocean again. However, it’s important to remember that shark attacks are not as common as we think, and sharks are extremely misunderstood fish! 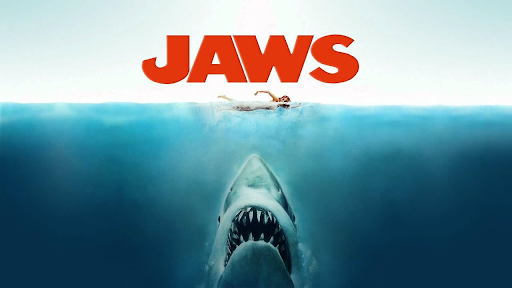 Sharks are primarily cold-blooded fish whose physical features are very distinct. They are built from cartilage, can grow up to 15 meters long, and have very rough skin. Also, their great hearing and eyesight help them target prey efficiently. Their teeth are an important feature, as there are layers that constantly replace one another and angle downward to help with acceleration.

Sharks are very fascinating creatures and they are so fun to learn about! Some need to move forward constantly in order to receive oxygen, so moving backwards is also an impossible task for them. If a shark is flipped on its back, they are basically stunned and go into something called tonic immobility. They learn to survive on their own at birth. When navigating the ocean, some species move in schools, while some remain solo.

If you examine their facial features, you may notice black spots on a shark’s face. These are special electroreceptor organs which can detect changes in the oceans temperature. The patterns on their bodies are unique for each shark, and they are used to identify individual sharks. Additionally, their age can be determined by the number of rings on their vertebrae. Sharks are known to be on the move primarily at night. Their amazing memory and creation of visual maps of the ocean help them navigate. While some remain in the same area of water their entire lives, others will travel throughout.

Your chances of having a run-in with  a shark aren’t as high as you might believe. Only 25 out of the 368 species of sharks have been recorded to attack humans! More simply, that is approximately 1 in 74 species. Also, there are only about 100 reported shark attacks annually. To put that in perspective, more people die from bee stings. Sharks often bite their human victims once and then swim away, and they don’t typically try to attack humans because we have too many bones to digest. Instead, their preferred and intended prey are seals and fish. However, while many attacks are accidental, some are territorial and happen in an effort to protect themselves. So, while the chances of being attacked are very low, it is still incredibly important to be safe and make sure you avoid swimming in shark-inhabited waters. We want to recognize and respect that we are swimming in their living quarters. Swim safely by following beach protocols if there has been a shark sighting and there are warning signs up, and try and avoid swimming at dawn or dusk when sharks are more known to come closer to shore.

Unfortunately, the media depicts sharks as harmful predators that commonly attack and kill humans. However, what isn’t shown is the ways in which they are helpful and beneficial. Not only are they important to ocean ecosystems, but they help the economy by producing ecotourism, and they have influenced the production of water turbines, and cars. Their impending extinction is due partly to humans. If we continue to practice overfishing and shark finning, the shark population will continue to decrease quickly. Some other factors that contribute to this phenomenon are climate change and habitat degradation. To learn some more facts about the common misportrayal of sharks, take a look at this National Geographic video: shark video. To help with shark conservation, you might consider pursuing a career that allows you to study them!

Interested in marine life and what the ocean has to offer? If so, the good news is that there are a ton of careers that allow you to pursue these interests! First, ocean engineering is a job that deals with a combination of multiple fields, including; mechanical, electrical, chemical, and civil ones. It requires one to create and inspect equipment used in the ocean to ensure their effective functioning. Another career that deals with exploring the ocean is marine biology. Studying the ways in which humans negatively affect the ocean, as well as examining living species within it is part of the job. With this job often comes the opportunity to travel, which is something many careers don’t offer. Being a marine researcher is another interesting career. These individuals can also work as biologists or even marine ecologists and focus on examining the plant and animal species within the ocean. It would be essential to have a background in geology, physics, as well as chemistry to explore what this career has to offer.

While learning about these biology-related STEM careers from an outside perspective is very informative, it is also important to get an inside view. Take a look at this interview with a marine biologist to see what the day-to-day job really looks like: https://jobshadow.com/interview-with-a-marine-biologist/. Also take some time to watch a day in the life of a marine biologist to get even a better understanding: https://www.youtube.com/watch?v=WgPVa8EDnkg.

To learn more, check out some of our sources:

Caroline Bogue is a senior at Bates College. She is studying psychology with an Archaeology and Material Culture concentration. This summer, she is working as a Public Programs Intern at the Connecticut Science Center to assist with virtual programming and remote learning activities. She is passionate about animal care and wildlife. In her free time, she enjoys playing tennis and being outdoors, and she has experience playing soccer and basketball at the collegiate level.