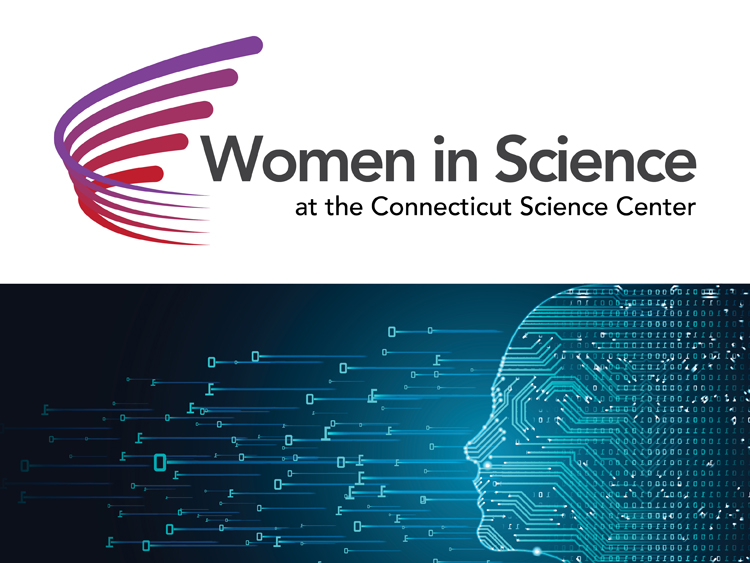 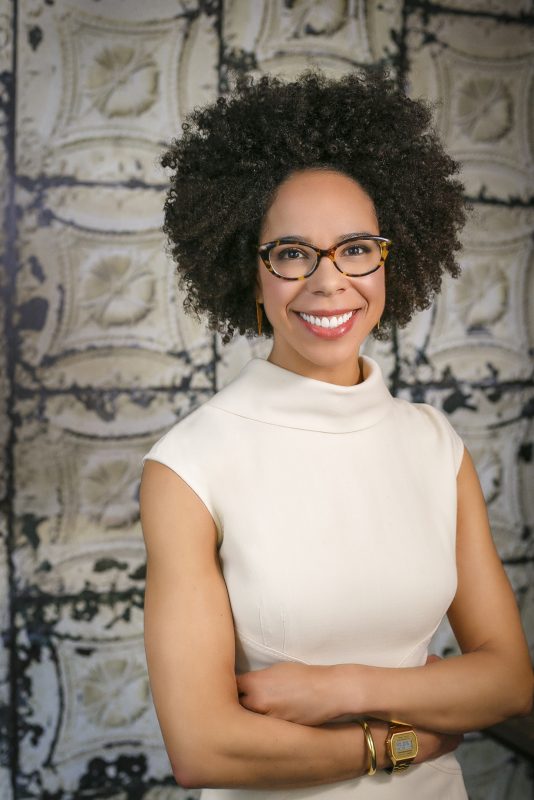 This month’s Women in Science Spotlight features Dr. Ayana Elizabeth Johnson, a marine biologist, policy expert, and Brooklyn, NY native. She earned her PhD in marine biology at the University of California at San Diego and a bachelor of arts in environmental science and public policy at Harvard University. She is founder and CEO of Ocean Collectiv, a strategy consulting firm for conservation solutions grounded in social justice, and founder of Urban Ocean Lab, a think tank for the future of coastal cities. She is a passionate advocate for coastal communities, and builds solutions for ocean justice and our climate crisis. Dr. Ayana Elizabeth Johnson will be a Connecticut Forum panelist on November 22, 2019.

It was a vivid moment on a glass-bottom boat ride as a child that hooked Ayana on the ocean. She was fascinated by the sensation of a sea urchin in the palm of her hand, but her love of science began earlier than this. “Obsessed with nature” while growing up in Brooklyn, Ayana spent “a lot of time playing in the dirt” with worms, at least until a neighbor began spraying pesticides in the backyard. She “loved to walk to school,” which was a slow, one mile trip during which she insisted on stopping to look at every leaf and flower along the way, making her father late for work. Still, she said, her “parents really encouraged [her] to have a sense of wonder.”

Like most kids, Ayana had a range of hobbies: dancing, reading poetry, and more. Forests are another love of hers, and as a young person she served with the Student Conservation Association. This opened her up to experiencing the natural world outside of Brooklyn. She volunteered for the forest service on the Continental Divide in Colorado. This memorable and invaluable summer of backpacking only cost a plane ticket.

It was not realistic for her to turn all of those activities into careers, yet Ayana feels “lucky to be able to hold onto” a lot of what she enjoys. Conservation work, she says is multidisciplinary. For it to be successful, “it has to be.” Versatility is increasingly an asset. Her areas of expertise range from ocean policy and fisheries management to community engagement, science communication, and “instigating dance parties.” She helped design a fish trap with escape gaps and more recently served as a leader of the March for Science.

On the way up, Ayana had support from her parents and teachers who let her know that it was learning — not getting the best grade — that was important. “Science wasn’t the thing that came easiest to me,” she said, but Ayana “always found it the most interesting” and was encouraged to stick with it.

Her father’s influence helped guide her toward marine biology. He told Ayana stories about growing up in Jamaica. These stuck with her, especially those that drew her attention to how coral reefs and fish have been impacted between then and now.

Her “love for the ocean was not born in New York, but it could’ve been,” she said. Living in a place that does not look like what most people imagine when they think of nature does not need to be a barrier. Urban dwellers just “have to be deliberate about it,” she said. Sometimes, it takes having a person point you in the right direction to look. Over the last decade, New York’s waterfront has been revitalized. There are people kayaking now, which Ayana notes she never saw growing up there. How does that happen? “Boring policy work.” The Clean Water Act, which dealt with many of the issues upstream, have helped restore the city, changing how residents interact with it.

Despite living in a city, it is possible to be connected to the environment. A person’s interests do not “have to be aquatic, but I think it’s important to think about the small stuff,” Ayana says.

This can be as simple as noticing changes in what looks like an entirely built environment. When there is a construction zone, look into the hole. You might expect there to be nothing but concrete, but “there’s dirt under the street,” Ayana says. “Nature is finding a way.”

Having a small yard, or none at all, does not force someone to surrender her curiosity about botany, for example. Talking about her thriving indoor plants, Ayana says,  “you can still grow things wherever you are.”

For girls and young women who are intrigued by the possibility of a STEM career, she urges: “Do it! Pursue your interests.”

“You don’t have to become a scientist,” she explains. “Just having more people who care and understand science” makes a difference. In an age of climate crisis, “we need more people who feel the science” and are motivated to do something about this, who can be informed to “be part of the solutions.”

“Science literacy,” is vital, she said. Climate science is “science that anyone can understand.”

Earning degrees, however, is not the end of education and growth. Ayana aspires to be a “servant leader.” Along the way “so many people had invested” in her, from providing her with a scholarship to attend private school to offering encouragement. “You have to give back,” she said.