You are uniquely, and wonderfully, YOU!  While humans share 99.9% of our DNA with one another, in that 0.1% are so many things that make each of us so delightfully different.  No two people have exactly the same DNA, not even identical twins!

Our DNA is what gives us our traits, or characteristics, such as our hair color, or eye color.  It also determines what our earlobes look like, and whether or not we have dimples when we smile.  So today, we are going on a trait scavenger hunt and see where our DNA takes us!  Since we get half of our DNA from each of our parents, this can be a fun activity to do as a family, but remember, as humans, we all share A LOT of DNA, so feel free to play this game with anyone you know.  You can even play from across the country, or even the world–just send pictures!

You will need a mirror, or a camera to see and compare your characteristics.  Gather everyone together and start hunting for those traits!  To show you some examples, I shared the results of my own scavenger hunt with my parents.

Smile into the mirror. What do you notice? Do you have dimples, or small indentations, in your cheeks when you smile? My father and I have dimples, while my mother does not. 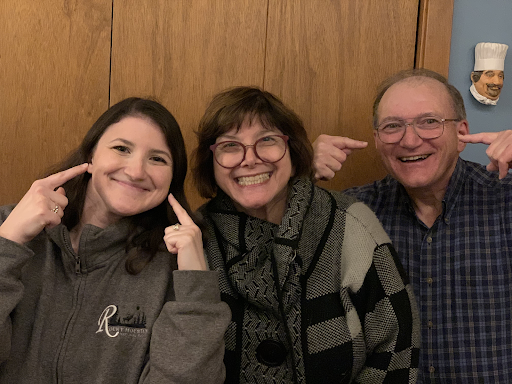 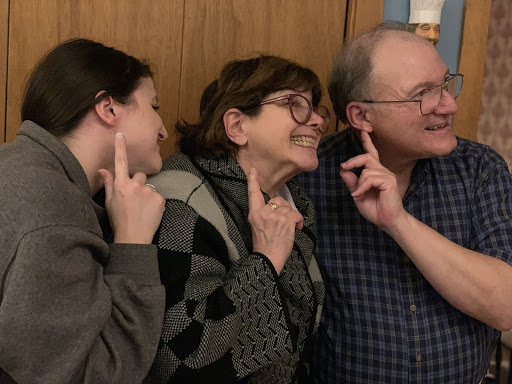 Now, push your hair back to take a look at your hairline. Do you have a “V” shaped point in your hairline in the center of your forehead? That’s called a widow’s peak.  My family has pretty straight hairlines. I have the tiniest of widow’s peaks, but it depends on the day. Past pictures may help here. 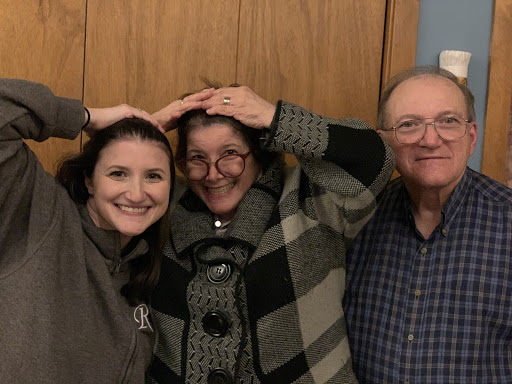 Stick Your Tongue Out

Now is the moment where you all get to stick your tongues out at each other.  Can you roll your tongue into a tube, or fold it in any way? Any type of rolling counts. As you can see, I don’t exactly roll mine the conventional way. My brother (not pictured) can also roll his tongue, but he folds it in half like the example photo below. My parents are proud non-rollers! 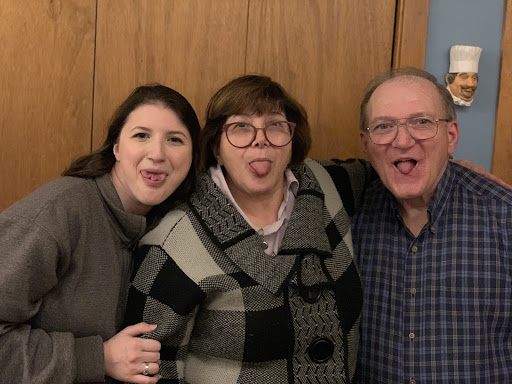 What traits did you share with your family or friends? What traits were unique?  Have you ever wondered how many other people share your traits? Most trait studies show a lot of variation because they tend to survey only a small group of people and do not always explain how to measure a trait. For example, I doubt any of you pulled out a ruler to determine what length of “V” shape you would consider a widow’s peak. I know I didn’t! However, we have been collecting some data of our own at the Connecticut Science Center, and this is what we have found after surveying 5,214 participants:

Statement: These traits are each controlled by a single gene, or piece of DNA.

Explanation: Each of these traits were originally thought to be controlled by a single gene, but as we have seen, there’s a lot more than meets the eye when it comes to human genetics.  Did you notice for some of these characteristics, it was a little difficult to make a decision?  Some have a lot of variation because a lot of genes, or pieces of DNA are working together to make that trait. For example, so far we have found 49 genes that play a role in whether your earlobes are attached or detached!

It is that way for most traits. “Genes do an intricate, complex dance with each other. For example, there is no such thing as a ‘red’ gene that gives apples their color. However, there are genes that control the formation of anthocyanins, natural compounds that make apples red.” (National Geographic – “Your Genes: A User’s Guide – 100 Things You Never Knew”)

Statement: For each of these traits, one copy of the gene is dominant and can overshadow a hidden, or recessive copy.

Explanation: Since these traits are each caused by more than one piece of DNA, there isn’t just one dominant copy that overpowers another.  For example, we used to think the ability to roll your tongue was dominant.  That meant that if you couldn’t roll your tongue, you MUST have two copies of the recessive form of the tongue-rolling gene, one from each parent.  If that were the case, two parents who cannot roll their tongues could not have a child that could. Well, thankfully for my brother and I, that genetic myth has been busted many times over.

Statement: If a trait is more common, it must be dominant. 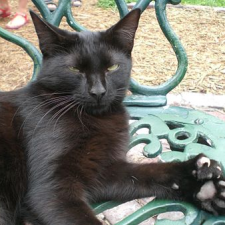 Explanation: That is not necessarily the case.  As we just saw, just because more people can roll their tongue doesn’t mean it’s a dominant trait.  Did you know that polydactyly (when an individual has extra fingers and/or toes) is a dominant trait in cats?  However, most cats we see have just 5 digits on their paws. This cat (who has 7 digits on each paw!) is one of the famous polydactyl cats at the Ernest Hemingway House in Key West, FL. Ernest Hemingway was known for having a polydactyl cat, as was President Theodore Roosevelt!

What Other Traits Can You Explore? 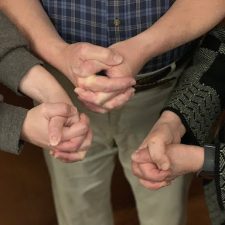 Without thinking about it, fold your hands together by interlocking your fingers.  Which thumb is on top, your left or your right?  Try it the opposite way.  How does it feel?

Explanation: About 60% (numbers vary but left seems to be more common) of people, regardless of whether they are left–handed or right-handed, clasp their hands with the left thumb on top.  Hand clasping is affected by multiple genes as well as environmental factors.

There is so much that makes you, YOU!  Keep hunting for more traits among your family and friends, and explore just how amazing we are all.  But remember, we are all more alike than we are different.  You share at least 99.9% of your DNA with any person that you tried this scavenger hunt with, which is something to be celebrated!