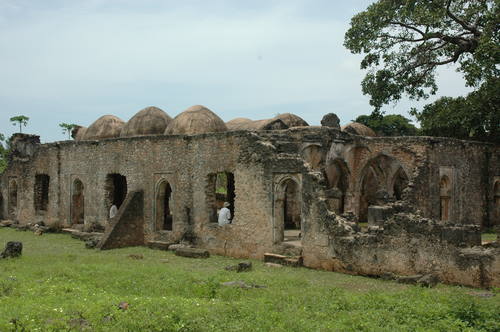 When we think about our changing Earth, we might focus on impacts to human health or our food supply. But, we may fail to think about the ways that climate change affects the past, or rather, affects material remains. Whether bones or stones, these remnants help us to understand how people from the past lived.

What happens when archaeological sites, few of which have been studied, face destruction? That’s the question of the day.

Polar archaeologists are contending with permafrost thaw, rising sea level, and other threats to the estimated 180,000 Arctic sites. Jørgen Hollesen’s 2018 article in Antiquity looks at this problem. The remoteness of the sites exacerbate the issue, as it is impractical for scientists to monitor all of them. No single solution is identified in this article, but rescue digs — urgent site excavations — are the most practical step at the moment.

“The current situation in parts of the Arctic clearly demonstrates that we are poorly prepared to respond to a scenario where system-wide, natural processes affect thousands of archaeological sites at once,” Hollesen explains. “There are no easy solutions, but the longer we wait, the more difficult the challenges will become.”

What is under threat ranges from the mummified remains of Inuit to 17th century mittens in Greenland. Smithsonian Magazine describes the situation: “The Arctic’s ice helps preserve these snippets of human history. But snippets of organic material rot when it’s hot, and new research is finding that as the world warms, remains like those at Anavik and Corpse Headlands will decompose before archaeologists are ever able to unearth them.”

There’s another side effect to consider. In 2018, the Union of Concerned Scientists explained that “as the sites become more exposed and accessible, the archaeologists have seen looting increase in some places.”

In northeast Siberia, they write, “ivory hunters have set up camps using high-pressure water pumps to remove the ivory tusks from woolly mammoths melting out of the permafrost. The ivory is sold on the black market.”

It’s not just Arctic sites at risk from climate change.

Florida has upwards of 1,500 archaeological sites at or below sea level. Scientists estimate that within 80 years, up to 6,820 sites will be submerged due to the rising sea.

It’s not about the numbers, though.

This is the potential loss of cultural knowledge. Jayur Mehta and Tara Skipton explain that in the Big Bend region, there are sites belonging to the Deptford, Swift Creek, Weeden Island, and Apalachee cultures, estimated to span from 500 B.C.E to 1540 CE. Other, much older sites in that region, tell us about toolmaking technology, monument construction, and burial rites.

As Mehta and Skipton see it, “Americans’ collective identities are rooted in a shared past and in physical landscapes and places. That makes saving these places important. The first step is talking about them. The next step begins when scholars and the public come together to learn about the past and advocate for preserving it.”

What does it look like when scholars and the public come together?

There are 1121 Unesco World Heritage sites — places that have been identified as having cultural, historical, or scientific significance. Of these, 53 are classified as being in danger. Threats run the gamut. For instance, Everglades National Park is placed at risk, partially, by pollution from nearby agricultural activities. The rainforests of Atsinanana of Madagascar are threatened by illegal logging and the poaching of lemurs. 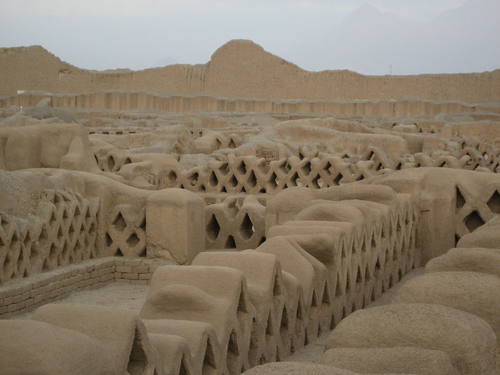 The five sites featured on Heritage on the Edge, however, all face climate threats. The Chan Chan archaeological zone is one of them. What was the capital of the Chimú kingdom (in present day Peru) and is regarded as the largest city made from adobe in pre-Columbia America, now risks damage from erosion.

Heritage on the Edge collaborators have been training local teams in digital documentation, to help with conservation.

Some modern day threats, though, exist below the surface.

Wired reports that ocean acidification and rising sea levels have an impact on submerged archaeological sites, including shipwrecks.

Jeneva Wright, an underwater archaeologist, says that “archaeologists would do well to collaborate with biologists, ecologists, oceanographers, and other scientists who have amassed much more information about what a changing climate will do to parts of these ecosystems.”

The Florida Public Archaeology Network has been tracking sites by thinking outside the box and making use of “citizen science.” According to Wired, they train volunteers to “descend with a waterproof mylar form for recording their observations, and look around for evidence of climate impacts (say, sediment buildup or disappearance), as well as other changes, like traces of looting or vandalism.”

When thinking about the trouble facing Arctic archaeological sites, and others, it may be time to enlist help from citizen volunteers — whether that means crowdsourcing ideas for conservation or training locals to observe and document sites.

Dig archaeology? Drop by the Connecticut Science Center before September 6, 2020 to check out the traveling exhibit, “Maya: Hidden Worlds Revealed.”

Reducing the Heat Island Effect, Even During Sweater Weather