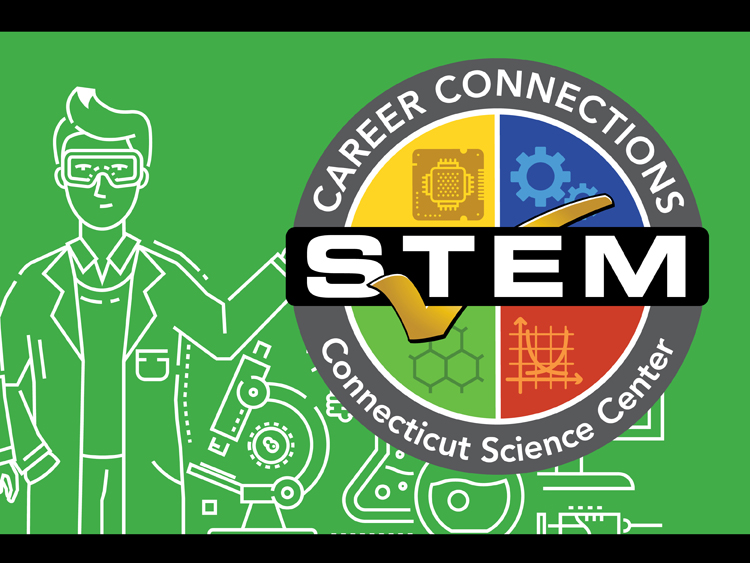 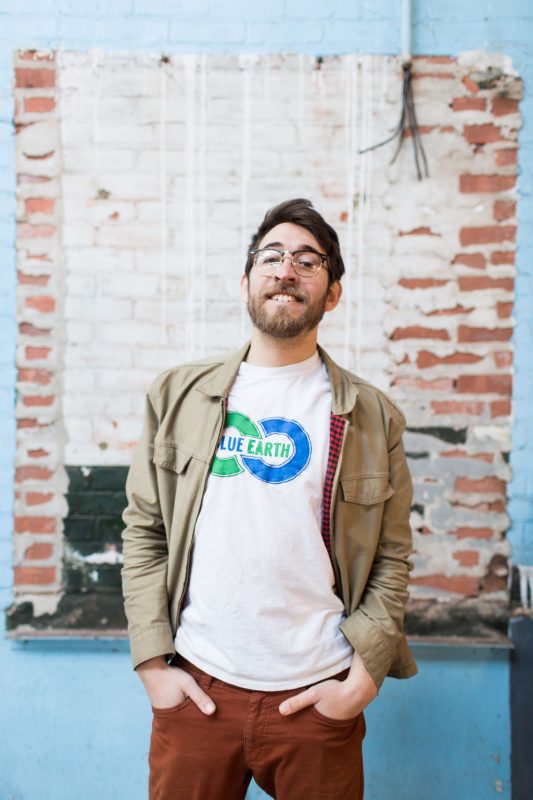 As we contend with how to manage our changing planet, demand for professionals in environmental fields is increasing. The Bureau of Labor Statistics has identified solar photovoltaic installer and wind turbine technician as the two fastest growing occupations, with forest fire inspectors and prevention specialists ranking within the top twenty. But what happens if you are more interested in work that is interdisciplinary, that merges skills from both STEM and the Humanities?

Growing up in Western Massachusetts near the New Hampshire and Vermont border, Sam was accustomed to composting his food scraps at home. Food co-ops were readily available. It was only natural that he would study sustainability at UMass. While still in college, he began working as a sales manager for a renewable energy cooperative that helped people install solar panels on their property. He learned other aspects of the business in the six years he worked for the company.

After college, he moved to Hartford where there were no food co-ops in the metro area. Having no backyard meant Sam was faced with throwing his eggplant peels in the trash. Eventually he found a solution for one of these problems: Blue Earth Compost, a 2013 startup that collects food scraps from residents and businesses, and composts the material at a site in Southington. Sam shifted from client to employee after a night of shooting pool with Alex Williams, the company’s owner. The company was having a growth spurt and Sam simply asked if Alex needed any help.

As the Guru of Marketing and Business Development, Sam says he does “everything but drive the truck,” which requires a CDL. This means he manages residential business accounts, leads sales for commercial customers, is the growth strategist, manages events service, and even does compost collection. Sam has to “quantify and qualify the economic well-being of the business,” and has had a role in “building the correct company culture,” which he says is “imperative” to success. Currently, the company collects around 40 tons of compost per week from 100 commercial and 550 residential clients, and with its growth in staffing, it becomes ever more important for accountability mechanisms to be in place. Four years into his tenure with the company, Sam has seen it go from a garage business to a formidable institution. He would love for the company to find a way to bring compost and recycling education into the schools, he said, because it’s easier to teach children these skills than try to change adults’ already established habits.

Composting food waste instead of sending it to a landfill or incinerator means having a lower carbon footprint. “We’re trying to reconnect those broken parts of the food system,” Sam said, using “infrastructure that already exists.”

Sustainable food management has jobs with different skill levels, some entry level — cleaning staff — and others requiring a bit more training, like a Commercial Driver’s License. Sam’s role is one that is aided by a liberal arts degree with a concentration in science or math. Sam says that his education in sustainability “informs everything” that he does at work. Above all, he says, “you have to be willing to learn at all times,” be reliable, “have good character,” and be self-motivated.

To get ideas about other green STEM careers, visit the Connecticut Science Center’s new exhibit “Our Changing Earth.”

Kerri Provost is a Communications Research Associate at the Connecticut Science Center who is outdoors whenever possible. She has an interest in fluvial geomorphology. In the spirit of lifelong learning, she is in the process of developing a Dungeons & Dragons character. She is the co-producer of the Going/Steady podcast, which is about exploring places, in the Land of Steady Habits and beyond. 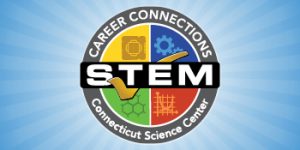