Home » Blog » Waiting for the Amazing: Reflection on the 50th Anniversary of Apollo 11 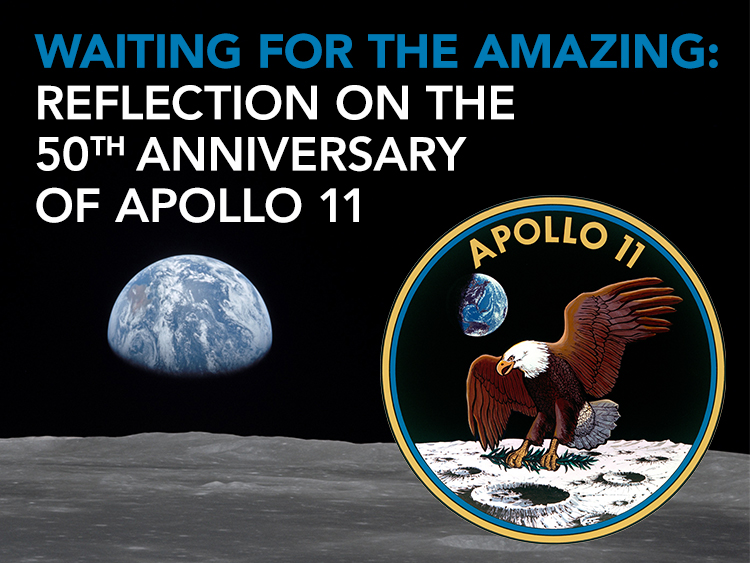 As an experienced space nerd, you learn to be patient. 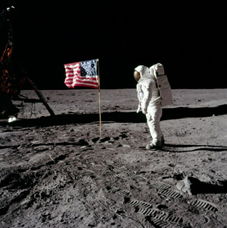 The Universe doesn’t make it quick or convenient for us Earthlings to visit other planets or witness far-off celestial events. Want to catch a shuttle to Mars but missed your flight? Too bad; you’ll have to wait two years for the next optimal launch when the orbits of Earth and Mars align. Hoping to glimpse the transit of Venus, when our sister planet passes in front of the Sun? Sorry, that already happened in 2012, but if you live for another 100 years you can see it on December 10, 2117.

Even then you might be out of luck—take the example of 18th century French astronomer Le Gentil. He traveled halfway around the world to Manila to see the 1769 transit of Venus. He nearly died of disease, was gone so long he was declared dead back home, and when the time came for the transit… clouds completely ruined the view.

As for myself, I remember reading about the New Horizons mission to take the first up close picture of Pluto when I was still in high school, but it would be another ten years that the photograph was finally beamed back. 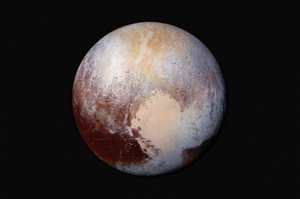 And yet, the space nerd remains committed. Like a diehard Game of Thrones fan, you keep up with the missions year after year until the very end (even if the end can be a bit underwhelming).  It doesn’t matter how long, how expensive, how hard—the space nerd simply has to know what else is out there and to get as close to it as we possibly can.

Which brings us to the 50th anniversary of the Apollo moon landing. For 47 years, no human has returned.  In our frenetic modern world, it’s an eternity—even for a space nerd. It only takes 3 days to get to the moon; why haven’t we gone back? What happened to human exploration of space?  For all the science that a space probe can accomplish, nothing beats the drama and immediacy of humans traveling and living further away than ever. Did the spark die out? Were the efforts of the aerospace community not strong enough?

Hardly. I prefer to see the Apollo landing as a story of a mission that was far ahead of its time.  Before 1960, the thought that we’d be able to walk on the moon was pure fantasy. No rocket was powerful enough to get a human to the moon, let alone survive there. Brand new technologies that didn’t exist had to be invented. It was an unprecedented undertaking, requiring billions of dollars with no guarantee of success.

And we did it—footprints were made, a flag was planted, and we made it home. We didn’t establish a moon base or a lunar golf resort. But what we did get was the vision of a future where the moon really could be a part of our civilization.

And during those 47 years, space dreamers have been quietly building up our capabilities to realize that vision. NASA is well into the Artemis program that will act as the infrastructure allowing for a permanent human presence on the moon. Amazon founder Jeff Bezos unveiled the “Blue Moon Lander” that will ferry astronauts to the lunar surface. And in 2023, the company SpaceX plans to fly the Japanese billionaire Yusaku Maezawa on a five-day trip around the moon.

I expect many of these targets will be missed.There will be setbacks, delays, funding cutbacks, and cancellations. Several years will pass before these feats will be accomplished, but that’s okay. The space nerd is used to waiting, and I’m just as excited for the future of space exploration as I’ve ever been.

Come celebrate the 50th anniversary of Apollo 11 by visiting the Connecticut Science Center’s Space Gallery! See how craters are formed on the moon and watch footage of astronauts navigating the lunar terrain. Young visitors can also command a model moon lander! 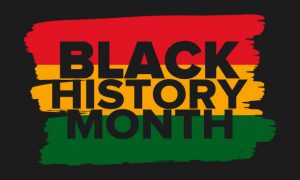 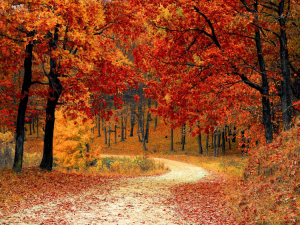 Today Marks the Fall Equinox, Here is Everything You Need to Know 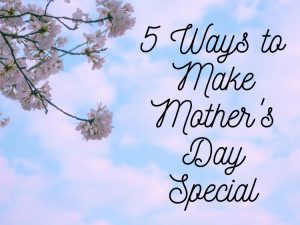