Shelly Jones, Ph.D. is a Professor of Mathematics Education, at Central Connecticut State University in New Britain, CT.  Currently, Dr. Jones teaches undergraduate mathematics content and methods courses for pre-service teachers as well as graduate level mathematics content, curriculum and STEM courses for in-service teachers. Dr. Jones provides mathematics professional development locally, nationally and internationally. She is a contributing author of the book entitled, The Brilliance of Black Children in Mathematics: Beyond the Numbers and Toward a New Discourse and the author of Women Who Count: Honoring African American Women Mathematicians, a children’s activity book.

We were fortunate enough to sit down with Dr. Jones in an interview to talk about her work and the importance of STEM for our community.

Amy Sailor: ​When and how did your interest in mathematics​ begin and at what point did you see yourself as a mathematician?

Shelly Jones: I think I always liked math even as a child. There were certain teachers who really tapped into my interest in math. In particular, Mr. Chris Decker at Harding High School in Bridgeport. He made math fun and he made it come to life. Interestingly though I never thought about majoring in math and I’m not sure anyone ever mentioned it to me. I majored in Computer Science & Engineering, became a computer programmer, didn’t like it because it was too isolating. My mom told me about a teacher educator master’s degree program at the University of Bridgeport. I have enough math credits to go into the math teacher program and I’ve been an educator ever since.

Amy Sailor: Why do you think so little is mentioned about the “M” in STEM?

Shelly Jones: This is a great question. I think many people have a very narrow view of mathematics. They think of school mathematics such as learning your basic math facts, using order of operations and solving equations & formulas. Math is that, but math is also in everything we see and do – patterns in art, notes in music, dosage in medicine, etc. If we think about the book & movie, Hidden Figures, we learned that the women were called “Human Computers” yet these women were all mathematicians. So, as soon as we change the word to computers we are taking away the “M” even though it is actually the math that plays the biggest role.

After Christine Darden earned a bachelor’s degree in mathematics & math ed she became a research assistant in aerosol physics and then earned a master’s degree in APPLIED MATHEMATICS. When she was hired by NASA she realized that the Engineers were doing the same stuff that she was doing but she wasn’t getting paid the same as them or getting the same recognition. She went to her boss and challenged this and was soon promoted to Engineer. Applied Mathematicians work in many fields such as the medical field, statistics/population studies, physics, and more. Because of this I think the “M” gets hidden in those other fields.

Amy Sailor: What advice do you have for young students and even adults who experience “math anxiety”?

Shelly Jones: I’ll start with a caution for teachers and then provide advice for students and parents. Many children develop math anxiety because of the myth that to be good at math you must be fast at math. We want students to know their math facts but it doesn’t mean we have to make them show their knowledge in these mad minutes. Some students in fact like these competitive timed tests but far and large it has been shown that this type of testing is stressful for students and causes math anxiety. Instead we should continue the trend that many educators are doing that have student really learn about numbers through Number Talks and other exercises where students are not only learning their facts but they are reasoning about the numbers. My advice to students is to think about how you and your parents use math every day. Talk about it with your parents and siblings. Try to make sense of it in your own way. If you can do that then you won’t be so anxious about math. Just so you know, mathematicians are usually pretty slow when they first learn something. They are curious about how the math works (numbers, patterns, shapes and more), they ask questions and they start to recognize patterns and connections. They talk about the math with others and they make conjectures like “I wonder if this will work?” If you do that, you are thinking like a mathematician.

To learn more about Women in Science Programming at the Connecticut Science Center, visit CTScienceCenter.org/programs/wis.

Amy Sailor serves as the Director of Diversity, Equity, Inclusion and Access for the Connecticut Science Center. In this role, she stewards the 14 members Steering Committee of the Women in Science Initiative. Amy also implements a suite of programs and events that bring attention to the accomplishments of women in the sciences and introduces girls and young women to STEM fields of study and career paths. 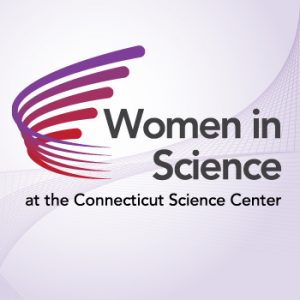